Starting this year, Moscow will only buy electric buses

The city of Moscow, Russia is halting the purchase of diesel buses for its passenger transport fleet.

Starting this year, by the decision of the Mayor of Moscow, we will not buy diesel buses, except for transportation in a special mode. Only electric buses. We will also install about 200 electric charging spots a year for the development of personal electric transport. 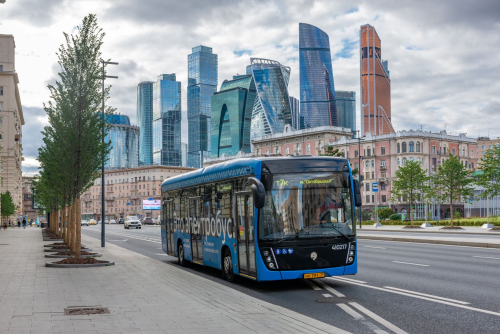 Moscow is already a leader among European capitals in having an eco-friendly surface transport fleet. By the end of 2021 there will be 1000 electric buses on duty.

Electric buses are fully coping with transportation in the conditions of the Moscow winter; the innovative transport has already worked for the third season without interruptions. In the Moscow winter, temperatures normally drop to approximately −10 °C (14 °F); winter runs from the beginning of November to the end of March. 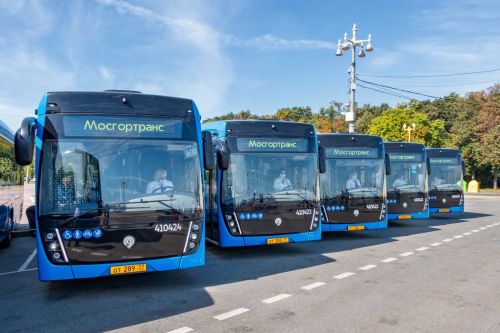 In 2.5 years of operation, electric buses have already traveled more than 40 million kilometers and carried more than 90 million passengers.

Russia-based heavy-duty truck vehicle manufacturer KAMAZ has already opened a center to produce electric buses in Moscow. (Earlier post.) The production site is located on the territory of the Sokolniki Car Repair and Construction Plant (SVARZ)—a branch of the State Unitary Enterprise Mosgortrans.

About 40% of all electric bus production operations take place at SVARZ. These operations are the most expensive and account for about 60% of the total cost of producing an electric bus. At the first stage, up to 500 electric buses will be assembled at the new electric bus plant, at the second, up to 700.

The production of electric buses in Moscow will significantly reduce their cost. The service will also improve; the manufacturer is fully responsible for each electric bus. The first electric buses built in Moscow have already taken their routes of the city. In total, SVARZ will produce another 250 e-buses by the end of the year.

By 2023, 372 more charging stations for electric buses will be installed in Moscow; in just 2.5 years there will be more than 500. This will enable the rapid transition of the capital’s city routes to electric traction.