SK Innovation expects to produce 500 GWh of batteries in 2030

At the “SK Innovation Story Day” briefing session in Seoul last week, Dong-Seob Jee, President of SK Innovation’s Battery Business, said from its current 40 GWh battery production level, the company expects to reach 85 GWh in 2023, 200 GWh in 2025 and more than 500 GWh in 2030. 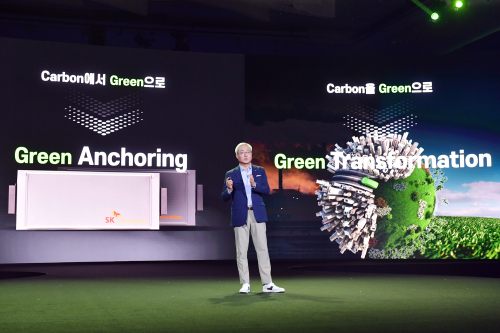 At the event, SK Innovation officially announced that its current battery order backlog is “1 Terawatt + α”; 1 Terawatt is about 17 times larger than 60 GWh in May 2017 when the battery business was presented as the direction for innovation. Converted into monetary terms, it is close to 130 trillion won (US$115 billion).

The company explained that the order balance will significantly increase when ongoing projects are finalized. Jee said that the company will become the world’s No. 3 in terms of monthly sales by the end of 2022 as well as in order backlogs. In other words, it will become a global top 3 in terms of orders and sales.

We are pursuing to produce the safest, fastest, longest-running battery, and safety is the most important value. This is why vehicles loaded with SK batteries have never had a battery-related fire accident and as a result orders have increased rapidly.

For the waste battery recycling business, the Battery Metal Recycling (BMR) project has developed a lithium recovery technology based on accumulated refinery technologies and applied 54 patents related with the technology.

SK Innovation plans to start trial production sometime in 2022 and its goal is to operate a plant for commercial production at home and abroad in 2024. The company is expected to recycle 30 GWh of batteries in 2025 and generate an EBITDA of about 300 billion won in the battery recycling business.

In addition to electric vehicles, SK Innovation has also decided to expand its business areas to Energy Storage System (ESS), flying cars, and robots, while also intensively developing new businesses based on battery business. That includes a BaaS (Battery as a Service) platform for efficient management of the life cycle of batteries.