Home About Contact RSS GCC Twitter Newsletter
SK Innovation expects to produce 500 GWh of batteries in 2030
EIA: US fossil fuel consumption fell by 9% in 2020, the lowest level in nearly 30 years

Aker Solutions has been awarded a major contract from Chevron Australia Pty Ltd to provide a subsea gas compression system for the Jansz-Io field, offshore Western Australia. (Earlier post.) The company has booked around NOK 7 billion (US$812 million) as order intake in the second quarter of 2021 related to this contract.

The scope covers engineering, procurement and construction (EPC) of the all-electric subsea gas compression system. It also includes interface responsibility, and assistance during installation and commissioning. 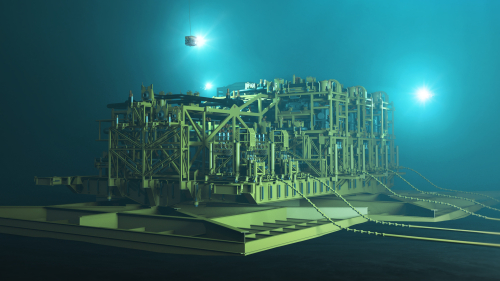 The award follows completion of the front-end engineering and design (FEED) awarded in 2019. The work starts immediately with delivery expected during 2025. The project will be managed from Aker Solutions’ headquarters in Fornebu, Norway. Client interface and operational planning will be handled from Perth, Australia.

The Jansz-Io gas field was first discovered in April 2000 and is located around 200 kilometers offshore the north-western coast of Western Australia, at water depths of approximately 1,400 meters. The Jansz-Io field is a part of the Chevron-operated Gorgon project, one of the world’s largest natural gas developments.

The world’s first subsea gas compression system was delivered by Aker Solutions to Equinor’s Åsgard field in Norway in 2015. The technology had been developed through several years of strong in-house expertise and in close collaboration with the customer and suppliers such as MAN Energy Solutions and ABB.

The technology has since been taken further, and the Jansz-Io Compression (J-IC) project will have close to three times more compression power than the Åsgard system at a comparable physical dimension and lower weights.

Our world-leading subsea gas compression technology has demonstrated an impressive system regularity of close to 100 percent, during its six years in operation at Åsgard. This technology was a game-changer for the industry, by significantly improving recovery rates, reducing costs and enhancing safety, with a much smaller environmental footprint than the traditional alternative. We have further improved the technology and are very excited to deliver the next generation subsea gas compression system to Chevron. Continuous improvements will be a focus to increase efficiency, optimize execution and maximize potential.

Compared to the traditional alternative from a topside compression platform, subsea gas compression is a low-carbon solution for the production of natural gas.

During the lifetime of a natural gas field, the pressure in the reservoir will drop during production, and compression is the primary way to maintain the production and enhance recovery. Compared to the alternative, subsea compression represents a significant reduction in energy consumption and carbon emissions in a lifecycle perspective. Placing the system close to the reservoir at the seabed, with significantly higher pressure than at sea level, typically reduces the energy consumption by about 20-60% per year.

The size and weight of the subsea system is significantly smaller than a platform solution, which means a major reduction in steel and other materials. It also reduces health and safety risk and eliminates the need for logistics and transportation versus a normally manned platform. The system is all-electric, which means no risk of hydraulic discharge to sea. This results in increased cost-efficiency and lower carbon footprint versus a traditional topside platform solution.