Nearly 76 GWh of battery cell capacity was produced for the US plug-in vehicle market from 2010 to 2020, according to a recent analysis of the Li-ion battery supply chain by researchers at Argonne National Laboratory.

Five companies (AESC, LG Chem, Panasonic, Samsung, and SK Innovation) produced almost all the battery cells used in plug-in vehicles for the US market over the past decade, with capacity totaling 75,933 Megawatt-hours (MWh). 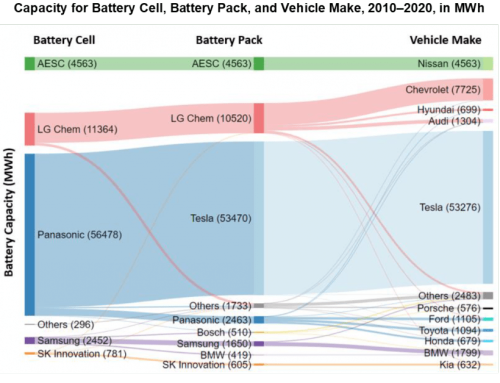 All AESC cells and battery packs went into Nissan vehicles, making it the only cell manufacturer that supplied a single vehicle make.

Focus on that - grasshopper.

My answer would be full electric as it is the most efficient and reliable and batteries are getting less expensive and better. Faster charge rates are coming. I have a Chevy Bolt and I do not miss going to the gas station for fuel or having to change oil, etc.