Toyota Motor Corporation launched its all-new Aqua. The all-new Aqua is approximately 20% more fuel efficient (WLTC) than the previous generation; it combines outstanding fuel efficiency of 35.8 km/L (84 mpg US) with the comfortable, high-quality ride of an electrified vehicle. 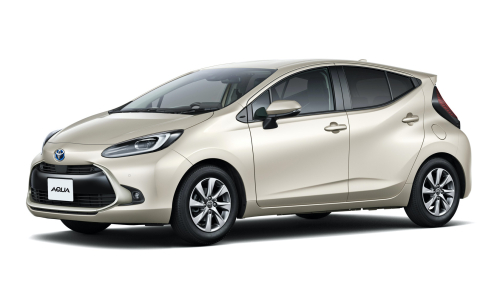 The first-generation Aqua—sold as the Prius C in the US—came to life at the Iwate Plant of Toyota Motor East Japan, Inc. (then, Kanto Auto Works, Ltd.) in 2011. Since its launch, more than 1.87 million units of the Aqua have been sold (including Prius C), contributing to an overall reduction in CO2 of approximately 12.4 million tons. 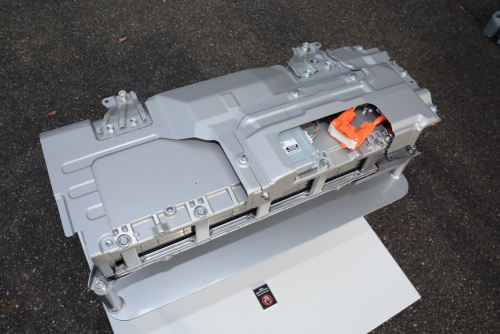 In addition, since bipolar batteries have a greater active surface area and a simpler construction, there is lower resistance within the battery itself. This enables the flow of larger currents, leading to increased output. To take an example, the bipolar nickel-hydrogen battery equipped to the all-new Aqua has an output approximately two times higher than the non-bipolar nickel-hydrogen battery equipped to the previous-generation Aqua. The all-new Aqua takes advantage of the increased output of its bipolar nickel-hydrogen battery to deliver improved accelerator responsiveness, and realize smooth, powerful acceleration from low speeds. In addition, the speed range at which the all-new Aqua can operate on battery power alone has been expanded, allowing the vehicle to run on electricity alone, without engaging the engine, in a wide variety of urban scenarios.

Comfort Pedal The all-new Aqua is the first Toyota model to feature the Comfort Pedal. By selecting the Power+ Mode, drivers only have to relax pressure on the accelerator pedal to generate regenerative braking force, and smoothly slow the vehicle.

The Comfort Pedal reduces driver burden by lessening the frequency with which accelerator and brake pedals have to be pressed, and also results in responsive feedback. The latest generation is also the first Aqua to adopt E-Four, which provides drivers with greater peace of mind when driving on snow-covered roads.

Thanks to a highly efficient 1.5-liter Dynamic Force Engine and an optimized HEV system, the all-new Aqua not only achieves compact class-leading fuel economy of 35.8 km/L, but combines this with the comfortable driving characteristics of an HEV.

Safety and security functions. The all-new Aqua is equipped as standard with the latest edition of Toyota Safety Sense, which is replete with cutting-edge active safety functions: its pre-collision safety functions feature an expanded scope of operation, now covering accidents that occur when turning left or right at intersections; Full Speed Range Radar Cruise Control makes car outings more comfortable; Lane Tracing Assist (LTA) provides steering support to keep the vehicle centered in its lane; and Plus Support controls sudden acceleration due to misapplication of the accelerator pedal.

For the first time in a Toyota compact car, the all-new Aqua is equipped with Toyota Teammate Advanced Park and Parking Support Brake. Toyota Teammate Advanced Park provides support for all parking operations, including steering wheel, brake, accelerator, and gear shifting operations; in addition to detecting stationary objects in front of and behind the vehicle, the latest version of Parking Support Brake is capable of detecting stationary objects on either side, and provides alerts and brake control to help avoid collisions. In this way, the all-new Aqua delivers driver support in a wide range of scenarios, including when driving and parking.

An accessory power outlet (AC100 V / 1,500 W) and an emergency power supply mode are equipped to all grades as standard. During blackouts and other times of emergency, parking the vehicle and placing it in Emergency Power Supply Mode enables the Aqua to be used to power electrical appliances such as electric kettles and hair dryers. When driving normally, the vehicle can be used to power appliances via its accessory power outlet, and also to charge smartphones and other electrical devices via its in-cabin USB terminals.

For comparison a LiFePo battery has around 325Wh/L

A lot of words without much information and some rather confusing graphics. Their large current arrow looks like a short circuit path. What is the total energy storage? How far could it go on the battery alone. I assume that it is not a plug-in.

No way is it a plug in.
The battery specs show that.

To me a Hybrid is just a low-range BEV with an obsolete ICE hung on, that adds to the maintenance and fuel costs, and complication. Makes no sense when there are improved versions of the Nissan Leaf now available. Toyota may be late to the EV party, building hybrids.