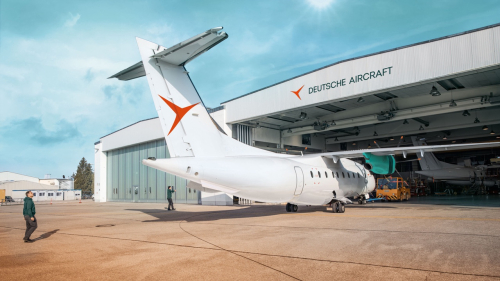 The joint effort will analyze the size and integration of the modular capsule technology for hydrogen storage into the aircraft structure and systems (including loading and unloading considerations); aircraft weight and balance; hydrogen cost (infrastructure and fuel); mission performance; and the hydrogen logistics network design.

In addition, both Universal Hydrogen and Deutsche Aircraft will work closely with regional and federal German government and European Union entities regarding the development, production, and implementation of the study and project.

The Dornier 328 is a turboprop-powered commuter airliner. Deutsche Aircraft is working on introducing advanced flight deck capabilities, SAF compatible airframe, and more efficient engines into what it is calling the D328eco.

Earlier this month, Deutsche Aircraft announced a Memorandum of Understanding with H2Fly to work together on the research and development of hydrogen fuel cell technology for commercial regional aircraft. (Earlier post.) The partnership will see the two companies convert the Dornier 328 aircraft for hydrogen flight, with the demonstrator aircraft expected to take to the skies in 2025.