Minnesota has become the latest state to adopt California clean car standards; the new standards were finalized by a notice in the state register on Monday. 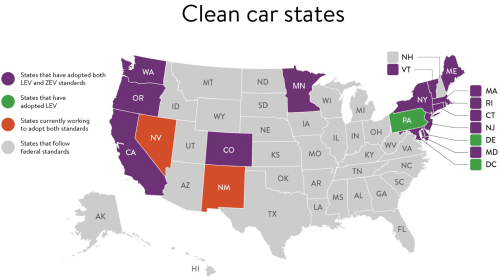 The rule only applies to new light- and medium-duty vehicles for sale in Minnesota. Model year 2025 is the first possible model year affected by the Clean Cars MN rule, which take effect on 1 January 2024.

The federal Clean Air Act (CAA) prohibits any state from adopting new motor vehicle emission standards that differ from those established under the CAA. However, the CAA also permits the Environmental Protection Agency (EPA) to waive the express preemption of state regulations for the State of California, under section 209(b), and section 177 permits other states to adopt regulations that are identical to those promulgated by California.