Rio Tinto has committed $2.4 billion to the Jadar lithium-borates project in Serbia, one of the world’s largest greenfield lithium projects. (Earlier post.) The project remains subject to receiving all relevant approvals, permits and licences and ongoing engagement with local communities, the Government of Serbia and civil society. 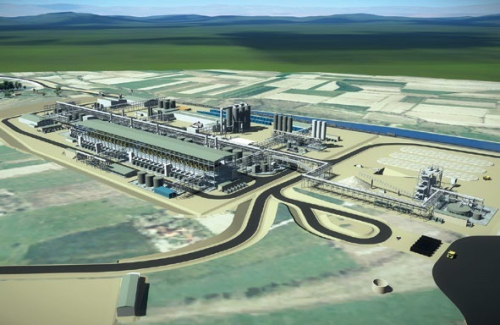 The Jadar project would support the evolution of Rio Tinto—one of the world’s largest miners—into a chemical producer to make battery-grade lithium carbonate, a critical mineral used in large-scale batteries for electric vehicles and storing renewable energy.

At full production, Jadar would position Rio Tinto as the largest source of lithium supply in Europe for at least the next 15 years. In addition, Jadar will produce borates, which are used in solar panels and wind turbines.

First saleable production is expected in 2026 at a time of strong market fundamentals with lithium demand forecast to grow 25-35% per year over the next decade. Following ramp-up to full production in 2029, the mine will produce ~58,000 tonnes of lithium carbonate, 160,000 tonnes of boric acid (B2O3 units) and 255,000 tonnes of sodium sulfate annually, making Rio Tinto one of the top ten lithium producers in the world.

Benchmark Mineral Intelligence anticipates that if Rio Tinto hits its production run rate in 2029 that it will account for 9% of the world’s lithium carbonate output. However, Rio Tinto can expand Jadar to 120,000 tonnes/year of lithium carbonate—but that decision will likely take place in 2027.

This is a significant moment for the lithium industry. It marks the first time big outside money from a single miner or chemical maker has entered lithium and invested in an entirely new source.

While expectation is that Rio Tinto will produce lithium carbonate at a run rate of 58,000 tonnes at full production, the strategy is usually more aggressive once proof of production is achieved and the product is accepted by battery and EV makers.

Jadar will be one of the largest industrial investments in Serbia, contributing 1% directly and 4% indirectly to GDP, with many Serbian suppliers involved in the construction of the mine. Rio Tinto is committed to help develop local businesses so that they can support the operation over the coming decades. It will also be a significant employer, creating 2,100 jobs during construction and 1,000 mining and processing jobs once in production.

We have great confidence in the Jadar project and are ready to invest, subject to approvals. Serbia and Rio Tinto will be well-positioned to capture the opportunity offered by rising demand for lithium, driven by the global energy transition and the project will strengthen our offering, particularly to the European market. It could supply enough lithium to power over one million electric vehicles per year. [Assuming a 60kWh battery.]

The Jadar deposit and its unique mineral, Jadarite, discovered by Rio Tinto geologists in 2004 contains high-grade mineralization of boron and lithium, supporting a long-life operation in the first quartile of the cost curve for both products.

Rio Tinto continues to work with a wide group of local and global experts across all aspects of the environmental, social and governance impacts and has done so for many years. For example, to date the company has finalized 12 environmental studies and more than 23,000 biological, physical and chemical analyses of air and water. This consultation is ongoing and will continue to inform final submissions for approval.

The Jadar development will include an underground mine with associated infrastructure and equipment, including electric haul trucks, as well as a beneficiation chemical processing plant. To minimize the impact to communities, it will be built to the highest environmental standards, including utilizing dry stacking of tailings.

This innovative method allows the dry tailings to be reclaimed progressively with vegetation and soil with no need for a tailings dam. Water management will be state-of-the-art with a dedicated facility resulting in approximately 70% of raw water coming from recycled sources or treated mine water.

The next steps for the project are seeking an exploitation licence and receipt of regulatory approvals. This includes approval of the environmental impact assessment (EIA) studies, which will shortly be made available to the public for comment. The EIA is required for the commencement of works, with construction targeted to start in 2022.