The mechanical strength of methanol synthesis catalysts is a key factor for a reliable and efficient performance of a methanol synthesis loop. Low mechanical strength can lead to rapid pressure drop increases, which can result in inefficient operation of the synthesis loop and even premature catalyst replacement. Strength measurements of spent samples of Topsoe’s MK-151 FENCE demonstrate that it is significantly stronger than competing brands. 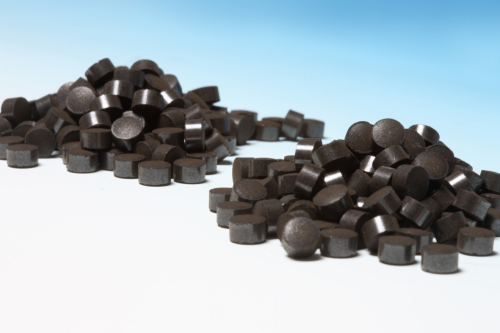 The basic principle of the FENCE technology is to stabilize the finely dispersed copper nanoparticles in the catalyst by creating a separation between them of multiple oxide particles. The FENCE technology creates a picket fence of metal oxide crystals that prevent sintering of the copper crystals, which ensures high stability of the active sites over the catalyst lifetime.

Together, the two companies will build a production facility in Shaanxi Fupin in China to produce methanol synthesis catalysts. Topsoe and Yanchang have designed the plant and ordered long-lead-time equipment; startup is planned for the beginning of 2022.

Forming of the joint venture and building of the catalysts facility will be the first step of a long-term strategic cooperation between Topsoe and Yanchang.

Shaanxi Yangchang Petroleum, an energy & chemical giant in China, is engaged in efficient development, comprehensive utilization and deep conversion of petroleum, natural gas, coal, and other resources, ranking 265 among the Fortune Global Top 500. Yanchang was established in 1905 with the approval of the government of Qing Dynasty. The year of 1907 saw the foundation of the first oil well in mainland China by Yanchang.

According to a report released earlier this year by the Methanol Institute (MI), China is now the world’s largest methanol producer and consumer. Methanol can be produced from a variety of feedstocks such as natural gas, coal, and biomass; the main source of methanol around the world is natural gas, while China heavily relies on coal as the main feedstock because of its reserve structure.

Methanol as a fuel serves to transfer coal energy into clean energy so that the environmental problems can be significantly improved while safeguarding national energy security.

According to statistics from the China Nitrogen Fertilizer Industry Association (CNFIA), in 2019, the installed capacity for methanol production in China reached 89.9 MMTs (including methanol produced in the coal-to-olefin process), with the amount of methanol production of 69.9 MMTs, and apparent consumption reached around 80 MMTs (including imports of 10 MMTs). During the period of 2011 to 2019, the installed capacity, production, and apparent consumption of methanol in China steadily rose, with the import share in Chinese market staying within 20% since 2012.