bp has signed Memoranda of Understanding (MoUs) with a series of new ‎potential customers for its proposed clean hydrogen production facility in Teesside in north-east ‎England.

In March, bp announced plans for a clean hydrogen facility in Teesside (H2Teesside) that would aim to ‎produce up to 1GW of blue hydrogen—20% of the UK’s hydrogen target—by 2030. At the same ‎time, it announced it had signed initial MoUs to scope the supply of hydrogen to chemicals ‎manufacturer Venator and gas distributor Northern Gas Networks.‎ 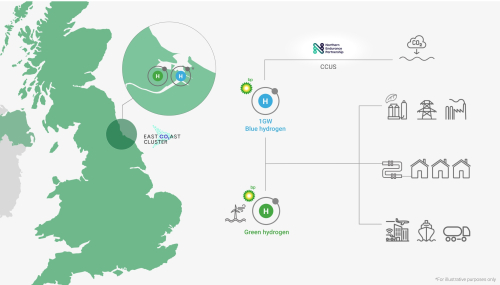 bp has now signed MoUs with four further potential customers&mdsshwith existing or planned new ‎Teesside operations—for hydrogen produced by the project. These can support and accelerate the ‎development of the Teesside hydrogen cluster and decarbonization of industrial users in the area. The ‎new MoUs are with:‎ 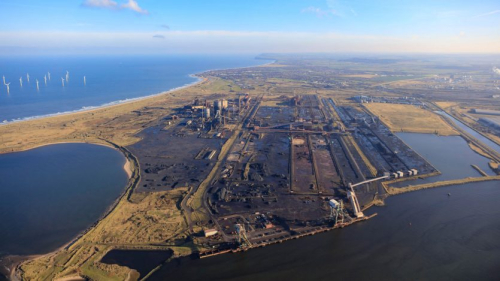 These companies are seeking to decarbonize existing operations in Teesside by switching fuel from ‎natural gas to clean hydrogen, enabling their manufacturing facilities to produce low carbon products ‎as society progresses towards a net zero future.‎

Finally, bp has executed an MoU with alfanar Company to scope the supply of clean hydrogen to ‎alfanar’s waste-to-sustainable aviation fuel (SAF) plant, currently under development, in Teesside.‎

"...a clean hydrogen facility in Teesside (H2Teesside) that would aim to ‎produce up to 1GW of blue hydrogen..."

So blue hydrogen is trying to turn green?

It's all propaganda as they switch from refineries to reformers and create hydrogen instead of gasoline and diesel. But they are still and will continue to creating gross pollution at the sites.
There will be a market for hydrogen in the airlines, sea shipping businesses and perhaps rail ..I don't see that in road vehicles, including semitrucks, especially when battery technology is advancing so rapidly.

Since the whole of the heavy trucking industry outside of the VAG group is looking to hydrogen for long distance, it would seem to be a good idea to assume that they are not all idiots, and look at why.

The answer is that any battery we can do heavily impacts load.

And batteries are not the only thing that is improving, so is fuel cell and hydrogen tech.

As Daimler puts it, hydrogen is ahead and will stay that way.

And you give no basis for your claim that 'it is all propaganda' OTOH you swallow whole the notion that batteries are 'rapidly improving' without considering that there are lots of parties interested in keeping the massive subsidies rolling.

The site looks like the former Redcar Steelworks - a huge remediation job after years of steel making. At least it will be a good investment for Teesside, it badly needs it after years of decline with closures that have ripped the soul out of Redcar and other surrounding local communities.

The nearby Wilton Complex lit at night was supposedly the inspiration to Ridley Scott for the cityscape for Bladerunner. I digress!

The sole application for H2 that makes any sense is for fueling fusion reactors (FRs). Of the three presently known FRs, the HB11 is the one with the best perspective.

https://newatlas.com/energy/hb11-hydrogen-boron-fusion-clean-energy/
Electric power is produced directly from the fusion process without the detour via steam forming and turbine driven generators.
Any sourced electric power enables cheaper and faster transport and distribution of energy and unbeatable efficiency than a H2 infrastructure ever would.
Up to 1910, there were more electric cars on the roads than ICE vehicles. Glancing back to that time and deliberating on the possibilities of electric drives, where could our technology have advanced to in the meantime if the ICE had not been choosen?

Yoatmon:
Yes, it's too bad battery technology was pretty much put on hold for a hundred years...we might not have had so much conflict over fossil energy; It's good to see so much battery research taking place...we are up to about 265 Wh/kg in lithium ion based chemistry now and progressing fast...some are predicting 300 Wh/kg plus in 2022 and less costly products as the technology advances and different elements are moved into use; i.e., Sodium, Sulfur, Lithium metal and Aluminum; etc.

Detailed information applicable to the Australian Aluminum-Graphene battery can be viewed on the following link.
https://onlinelibrary.wiley.com/action/downloadSupplement?doi=10.1002%2Fadfm.202010569&file=adfm202010569-sup-0001-SuppMat.pdf