BHP offboards its petroleum business in merger with Woodside; focus on “future-facing commodities”

Anglo-Australian BHP Group is merging its oil and gas business with Woodside Petroleum Ltd. The all-stock merger will create a global top 10 independent energy company by production, and will also allow BHP to focus more intently on “future-facing commodities” that are most positively leveraged towards population growth, rising living standards, electrification and decarbonization, the company said. 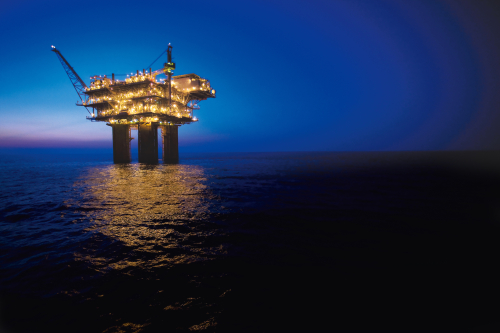 Shenzi is a six-lease development in the deepwater Gulf of Mexico and is structured as a joint ownership: BHP (Operator, 72% interest) and Repsol S.A. (28% interest). On 5 August, the BHP Board approved US$544 million in capital expenditure to execute the Shenzi North oil project in the US Gulf of Mexico.

On a proforma basis, the combined business will consist of:

Woodside and BHP have developed a plan to targeted final investment decision (FID) for Scarborough (Australia) by the end of the 2021 calendar year, prior to the proposed completion date for the merger.

As part of this plan, Woodside and BHP have agreed an option for BHP to sell its 26.5% interest in the Scarborough Joint Venture to Woodside and its 50% interest in the Thebe and Jupiter joint ventures to Woodside if the Scarborough Joint Venture takes a FID by 15 December 2021. The option is exercisable by BHP in the second half of the 2022 calendar year and if exercised, consideration of US$1 billion is payable to BHP with adjustment from an effective date of 1 July 2021. An additional US$100 million is payable contingent upon a future FID for a Thebe development.

The Atlantis Phase 3 (US), Mad Dog Phase 2 (US), Shenzi North (US) and Sangomar Field Development Phase 1 (Senegal) projects remain on budget and on track, and along with significant brownfield expansion options, provide opportunity for near- and medium-term growth.

BHP and Woodside expect the combined business to generate significant cash flow this decade to support the development of new energy products and low-carbon solutions including hydrogen, ammonia and carbon capture and storage (CCS).

BHP continues to deliver attractive shareholder returns, underpinned by strong operational and financial performance. We are proactively positioning for the future with a portfolio and capabilities that will enable us to grow long-term value. We will sustainably supply the commodities needed by the world.

Along with the announcement of the merger, BHP also announced a US$5.7-billion investment in the Jansen Stage 1 project in Canada, a new high-margin business in the world’s best potash basin, which also opens up a new future growth front for BHP.

The project will deliver 4.35 million tonnes of potash per year with initial production targeted for 2027, ramping up over two years. Potash is a potassium-rich salt mainly used in fertilizer and is an essential nutrient for plant growth. Potash demand is underpinned by a growing global population and the requirement for more productive farming with a lower environmental footprint.

BHP says that Jansen Stage 1 will be low cost and expects it to be one of the world’s most sustainable potash mines, designed for a low carbon footprint and low water intensity.

BHP also recently announced that it will supply Tesla Inc. with nickel from BHP’s Nickel West asset in Western Australia; BHP says that Nickel West is one of the most sustainable and lowest carbon emission nickel producers in the world. (Earlier post.)

At the end of July, BHP\Lonsdale Investments Pty Ltd, a wholly owned subsidiary of BHP, and Canadian mining company Noront Resources entered into a definitive Support Agreement pursuant to which BHP Western Mining Resources International Pty Ltd, a wholly-owned subsidiary of BHP Lonsdale, will make a take-over bid to acquire all of the issued and outstanding common shares of Noront for C$0.55 per share in cash. BHP Lonsdale owns 3.7% of the Noront shares on a fully diluted basis. The total equity value of the transaction is C$325 million (based on 100% of the fully diluted shares outstanding). The members of the Board of Directors of Noront who voted on the matter unanimously recommend that Noront shareholders tender their shares to accept the offer.

Noront has ownership or a controlling interest of all the major discoveries in the Ring of Fire—an emerging multi-metals area located in the James Bay Lowlands of Northern Ontario—to date. The company is developing resources that will include nickel, copper, chrome and platinum. 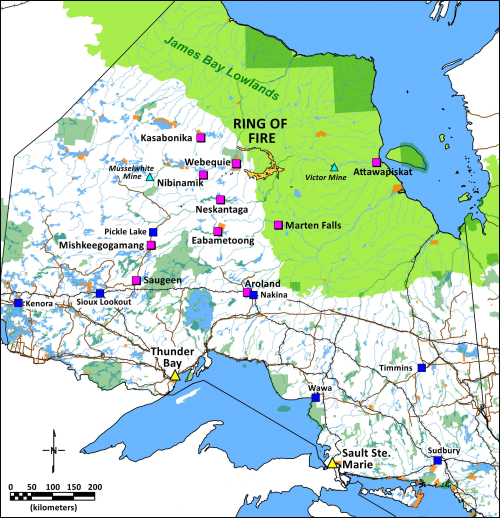 The company’s first project is a 100%-owned, high-grade, nickel, copper and platinum group element (PGE) deposit called Eagle’s Nest. It is the largest high-grade nickel discovery in Canada since Voisey’s Bay and the most advanced project in the Ring of Fire. The next projects in the pipeline are the Blackbird and Black Thor chromite deposits in conjunction with a Ferrochrome Production Facility in Sault Ste. Marie.