SSAB has now produced the world’s first fossil-free steel and delivered it to a customer. The trial delivery is an important step on the way to a completely fossil-free value chain for iron- and steelmaking and a milestone in the HYBRIT partnership between SSAB, LKAB and Vattenfall. (Earlier post.)

In July, SSAB Oxelösund rolled the first steel produced using HYBRIT technology—i.e., reduced by 100% fossil-free hydrogen instead of coal and coke, with good results. The steel is now being delivered to the first customer, the Volvo Group. 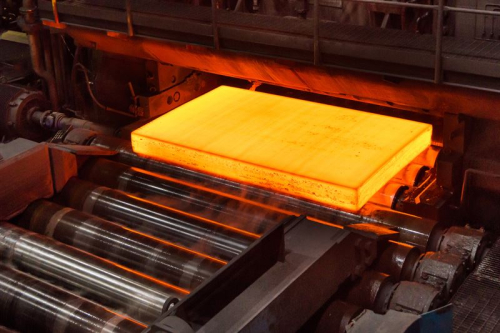 The hydrogen gas used in the direct reduction process is produced by electrolysis of water with fossil-free electricity, and can be used directly or stored for later use. In May, HYBRIT began construction of a hydrogen unit on a pilot scale in connection with the pilot plant for direct reduction in Luleå.

SSAB, LKAB and Vattenfall created HYBRIT, Hydrogen Breakthrough Ironmaking Technology, in 2016, with the aim of developing a technology for fossil-free iron- and steelmaking.

In June 2021, the three companies were able to showcase the world’s first hydrogen-reduced sponge iron produced at HYBRIT’s pilot plant in Luleå. This first sponge iron has since been used to produce the first steel made with this breakthrough technology.

The goal is to deliver fossil-free steel to the market and demonstrate the technology on an industrial scale as early as 2026. Using HYBRIT technology, SSAB has the potential to reduce Sweden’s total carbon dioxide emissions by approximately 10% and Finland’s by approximately 7%.

We’ll be converting to electric arc furnace in Oxelösund as early as 2025. This is the first production site within SSAB to make the transition, and it means that we’ll already be cutting large amounts of carbon dioxide emissions then. This is a major responsibility, one that we’re proud to shoulder, and it brings great opportunities to the region.