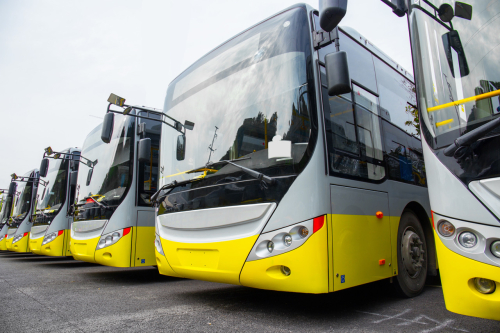 Octillion is a global supplier of advanced high-density lithium-ion battery packs for passenger cars, trucks, buses, and energy-storage systems. The company has operations in 16 locations in Asia, Europe, and North America, with a global workforce of more than 400 employees. Battery manufacturing facilities operated by Octillion are in the United States, China, and India.

The Caspian pack is durable, with more than 3,000 expected life cycles. It has done the heavy lifting in helping us reach this milestone. Each pack provides 90 kilowatt hours of energy and is small enough that it can be fitted into different areas of the vehicle, enhancing overall vehicle efficiency.

The packs are internally liquid-cooled, so they don’t require bulky fans, and the outside temperature does not play a major role in internal temperature management. That is critical to Caspian’s long-life cycle even in the hottest of climates. Many of our OEM partners comfortably fit more than one pack per vehicle, and with just two packs they can drive over 150 kilometers before requiring a short rest period of two hours to recharge the battery, which is perfect for daily city traffic bus routes.

Globally, Octillion has more than four Gigawatt hours (GWh) of production capacity. The company has delivered more than 300,000 EV batteries to the global EV market with over 2 billion kilometers driven on its systems. Octillion’s advanced circuit boards for its battery management systems are designed in California, while the packs themselves are often built in the country where the vehicles are operated.

Electrification of bus fleets has become a priority in many regions of the world, with more than 500,000 EV buses now running globally. In addition to zero emissions, electric buses offer the passenger less vibration, and less noise. We seamlessly integrate our battery management system with the vehicle’s control unit, offering configurations of up to 800 volts and 640 kWh in capacity. That enables them to provide superior power and torque compared to diesel buses.