Walkabout Resources signed a US$20-million loan agreement with Tanzania’s CRDB bank in April to cover 62.5% of Lindi Jumbo mine costs.

The EPC contract is nearing finalization, while the logistics, camp and power contracts have all been re-tendered. Award of these contracts is expected shortly, the company said. The erection of the graphite plant is not scheduled until later in the year.

Walkabout holds 100% of a Mining licence and between 70% and 100% of adjacent graphite prospecting licences at Lindi Jumbo with an enduring option to acquire the remaining 30% share. A high-grade graphite mineral reserve has been delineated within the mining licence area. The licences are within the highly prospective Mozambique belt, a region that hosts some of the world’s highest grade, coarse flake graphite deposits. 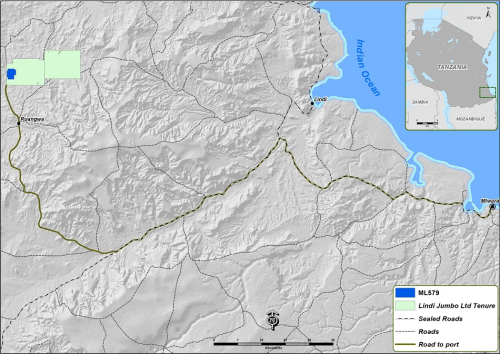 Metallurgical testwork indicates that the Lindi Jumbo Project can produce concentrate that contains a “best-in-class” flake distribution of up to 75% above 180 microns (µm) of high purity (>95% TGC) through an industry-standard floatation flowsheet. This includes up to 25% of the graphite flakes above 500 µm (+35 mesh). 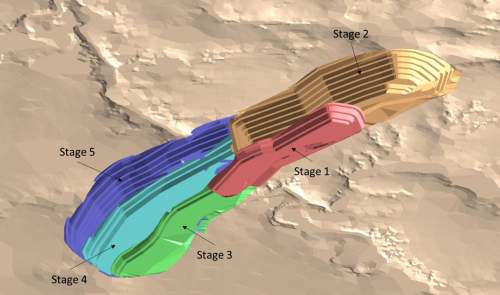 Illustrating the progression of the pit by stages. It demonstrates the focus on the shallower, high grade material in the early years with the deepening of the pit taking place later in the life of mine. Source: Walkabout

In addition to the Lindi Jumbo Project, Walkabout is also exploring in south west Tanzania at the Amani Hard Rock Gold Project and southern Namibia at the Eureka Lithium Project.

Roskill notes that Lindi Jumbo is one of a number of Australian-backed flake graphite projects worldwide, many of which are focused on Africa. A number of African projects are looking to bring on production to meet rising demand from the Chinese battery market, either by supplying concentrate or moving downstream into spherical graphite production.