Genesis dual electrification: all new vehicles from 2025 to be fuel cell EVs or battery EVs

Genesis announced its vision for electrification with the live stream release of its vision statement film, “Futuring Genesis”. Under the dual electrification strategy, all new vehicles will be purely electric starting from 2025 with fuel cell EVs and battery EVs.

Genesis plans to become a 100% zero emission vehicle brand by 2030 and aims to become carbon-neutral by 2035.

The film also took the opportunity to showcase the GV60, the brand’s first electric vehicle based on E-GMP (Electric-Global Modular Platform), the dedicated EV platform. Images of the GV60 were revealed in August and the vehicle is to be released in the second half of this year, leading the brand’s journey to electrification. 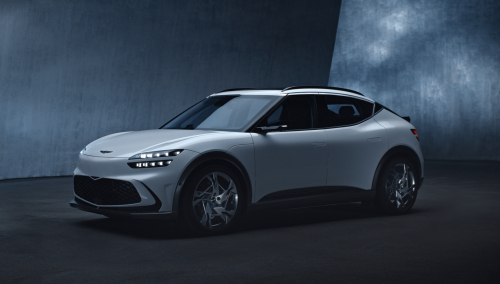 Along with the dual electrification strategy, Genesis announced their goal to pursue a carbon-neutral brand by 2035. This is first time for a member of the Hyundai Motor Group to announce the transition.

To become carbon neutral, Genesis will establish itself as a 100 percent zero emission vehicle brand by 2030. Genesis aims to build an EV lineup consisting of eight models and expects global sales to reach 400,000 units per year.

The company sees the new electric lineup as a platform to improve the way it interfaces with customers, while Genesis’ new architecture will integrate new technologies and designs into its vehicles.

Genesis presented various concepts for the future vehicles within the video including Stage Doors, which open the front and rear doors in the opposite direction without a B-pillar. Rotating Swivel Seats and mood lighting create a sense of comfort surrounding the driver, while climate control is taken care of by the new heating system inspired by the Korean “Ondol” heating. They also presented an improved high-fidelity sound system.