L-Charge, a Russian manufacturer of mobile rapid charging infrastructure for electric vehicles, has raised investment of $1.5 mln. The funds have come from private investors attracted by the ability to charge an electric vehicle with sufficient power for 100 km in just 3-8 minutes using a hydrogen fuel cell or natural-gas-fueled electrical generator. 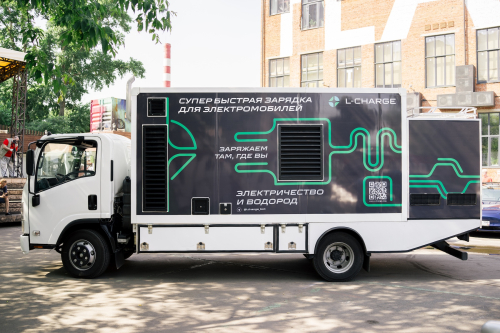 In July, L-Charge presented its rapid mobile charging station for electric vehicles and launched its test operation in Moscow. The station can be summoned via a Telegram bot and is currently available within the Moscow Ring Road.

During the test period, the company aims to assess the level of demand for the service within the city and to fine-tune the technology.

L-Charge offers its charging stations in two versions: stationary and mobile. The stationary station can be installed in any location—by highways and traditional fueling stations, in car parks etc. The mobile version consists of a truck that can travel around the city, charging electrical vehicles upon demand.

L-Charge’s charging stations are mini power stations capable of generating and storing energy and charging electric cars with no need for a grid connection.