Aurora shared the first look of the Toyota Sienna hybrid powered by the Aurora Driver, designed for a convenient and comfortable ride-hailing experience. This represents a significant milestone in Aurora’s path to commercializing Aurora-powered Toyota vehicles designed specifically for ride-hailing. 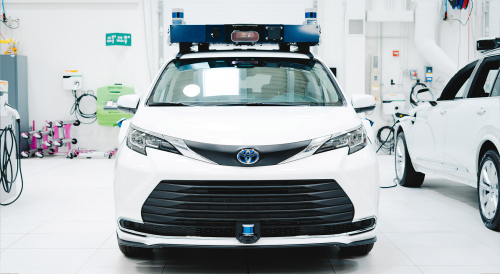 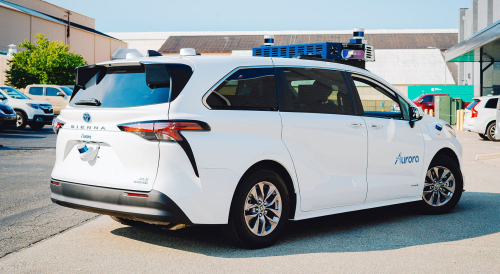 When Aurora announced its long-term, global, strategic collaboration with Toyota earlier this year, it set out to develop a self-driving car for autonomous ride-hailing. Built upon the progress made by Toyota and Uber ATG, and the integration process Aurora established in the Aurora Driver Development Program, it has moved faster than anticipated toward the goal.

In collaboration with Toyota’s engineering team, Aurora has defined the requirements that will enable the Toyota S-AM to be safely operated by the Aurora Driver.

Aurora is now integrating its Driver with Toyota’s first S-AM vehicles. As progress is made with Toyota through the Aurora Driver Development Program, Aurora will expand testing of this prototype, refine it through pilots, validate it in accordance with its Safety Case Framework and Toyota’s own safety standards, and expect to launch it on ride-hailing networks at scale.

Toyota Group companies produce approximately 10 million vehicles a year globally, that are known for being well-designed, safe, reliable, and durable. They’re also deeply invested in the long-term vision of delivering “mobility for all.” Aurora is combining the deep experience of Toyota’s engineering and research teams with its expertise in safely developing a robust autonomous system to conceive a comfortable, convenient, and safe ride experience.

Over the next six months, Aurora will test and mature this initial development fleet in Pittsburgh, Dallas, the Bay Area, and additional locations.