INEOS investing additional $1.4B in Grangemouth complex in next phase of GHG reductions; blue hydrogen

INEOS will invest an additional £1 billion (US$1.4 billion) in Grangemouth, its integrated refinery and petrochemicals complex in Scotland, in the next phase of reducing greenhouse gas emissions to net zero by 2045. 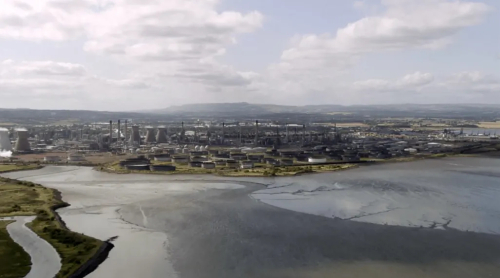 Grangemouth, one of Scotland’s largest manufacturing sites, is owned and operated by INEOS and Petroineos, a joint venture formed between INEOS and PetroChina in 2011. INEOS acquired Grangemouth in 2005, and has so far delivered a 37% reduction in net CO2 emissions.

INEOS has already committed more than £500 million (US$684 million) to projects which are approved and currently being implemented at Grangemouth. This includes investment in a New Energy Plant, which is due for completion in late 2023 and will supply energy to all site operations. (The fuel source will be mixed gas, sourced from within the Grangemouth Complex via pipe infrastructure.) The efficient technology will drive down emissions by at least 150,000 tonnes of CO2 per year.

INEOS’ Road Map lays out the path to a reduction in excess of 60% in greenhouse gas emissions by 2030 through a series of investments, partnerships, and innovative engineering.

Additional contributions to driving down emissions will come from further investments in energy reduction and optimization, along with electrification of key equipment. There will also be a shift in the polymer product portfolio to include higher levels of post-consumer recycled content.

The Petroineos JV operates the Grangemouth Refinery. As Scotland’s only crude oil refinery, Petroineos is the primary supplier of aviation fuel for Scotland’s main airports and the major supplier of gasoline and diesel across Scotland’s Central Belt, as well as in Northern Ireland and Northern England.

INEOS O&P UK operates the Olefins and Polymers petrochemical plants at Grangemouth. The raw materials used by this business present an outlet for North Sea gases, delivered via the co-located Forties Pipeline System. Its finished products of ethylene, propylene, polyethylene, polypropylene, and ethanol are used as the building blocks in a multitude of sectors, making products in pharmaceutical & healthcare, agriculture, construction & utilities, food & beverage, and automotive & transport sectors.

Many other sectors and companies rely on INEOS materials to reduce their CO2 emissions with low-carbon solutions for renewable energy generation, lightweight packaging, automotive components, and the plastics used in our homes, offices, schools, and hospitals.