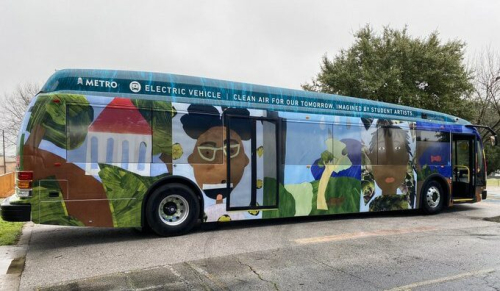 The procurement plan approved by Capital Metro marks one of the largest acquisitions yet of battery-electric transit buses in North America. Capital Metro’s first Proterra ZX5 Max buses are slated to be delivered in 2022.

Designed and manufactured in the United States, Proterra’s electric transit buses are equipped with the company’s battery technology systems. The 40-foot Proterra ZX5 Max selected by Capital Metro features 675 kWh of energy storage to deliver up to 329 miles of drive range on a single charge—the most energy storage and longest drive range of any 40-foot electric bus available in the market today.

Capital Metro has established a goal to transition its entire fleet of more than 400 transit vehicles to zero-emission buses.

A 650 kWh battery is huge and is a lot of weight overhead. Again points out how important battery development is to the growth of EVs. We need energy density improvements as soon as we can get them.