Honda developing eVTOL, heading to space with robots and rockets

Honda Motor outlined the technology development direction the company is currently pursuing for the challenges Honda is taking on in new areas while leveraging its core technologies. These new areas include an electric vertical take-off and landing aircraft (eVTOL); an avatar robot to expand the range of human ability; and a new challenge in the field of outer space.

These new initiatives, led by Honda R&D Co., are made possible by core technologies Honda has amassed to date, including technologies in the areas of combustion, electrification, control and robotics. 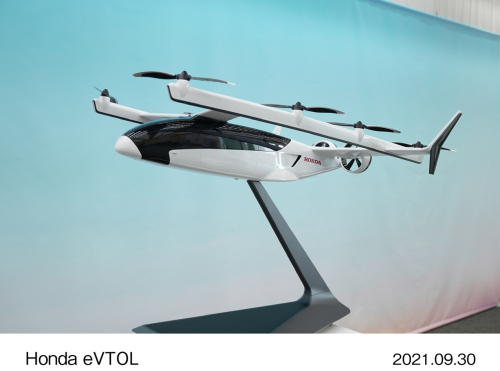 Honda eVTOL. To make the mobility in the skies Honda realized with its original HondaJet even more accessible for more people, Honda is developing its eVTOL (electric Vertical Take-off and Landing) aircraft by taking advantage of a wide range of Honda’s core technologies.

In addition to clean operation realized by electrification technologies, eVTOL features safety at a level equivalent to that of commercial passenger airplanes realized by its simple structure and decentralized propulsive system and quietness due to relatively small diameter of rotors.

This makes it possible for eVTOL to take off and land in the middle of a city without causing noise issues. Because of such features, the development race for eVTOL aircraft is getting increasingly vigorous. However, all-electric eVTOL aircraft face a range issue due to limited battery capacity, therefore the realistic use area is limited to intra-city (inside city) transportation. 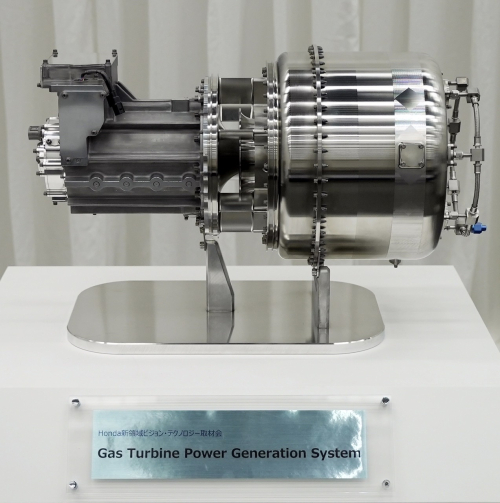 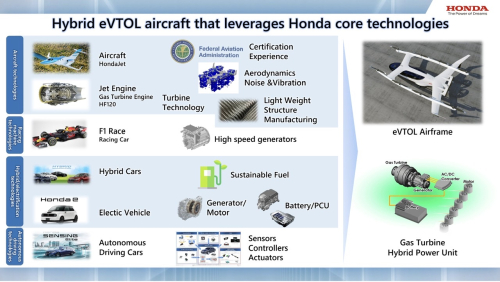 Honda will strive to create new value for people by establishing a “mobility ecosystem” featuring eVTOL aircraft at its core, coordinated and integrated with mobility on the ground.

Honda Avatar Robot. Honda will develop an avatar robot with the goal of expanding the range of human ability virtually without the constraints of time and place / space.

Honda has been continuously working on robotics research, including the research and development of its bi-pedal robot ASIMO. As a part of next-generation Honda robotics, Honda is pursuing development for the practical applications of Honda’s original avatar robot.

The greatest merit of an avatar robot, which can act as a second self of the user, is that the user can perform tasks and experience things without being there in person, including the realistic sense of handling objects remotely.

What will become the core of the realization of such an avatar robot is the multi-fingered robotic hand developed while leveraging Honda’s strengths in robotics technologies and Honda’s original AI-supported remote control function. Honda is striving for an avatar robot that is capable of using its multi-fingered hand to make full use of tools designed for human use and performs complex tasks quickly and accurately based on the AI-supported and more intuitive control by the user.

To date, Honda has realized a multi-fingered hand with the ability to both delicately pick up a small object with the fingertips and the strength to open a tight jar lid, at the level of the human hand. This has long been a challenge in the field of robotics research. Moreover, in order to enable its multi-fingered hand to grasp an object smoothly in one sequence of moves and handle a tool with precise control of force, Honda is working on the further advancement of its original AI-supported remote control function. 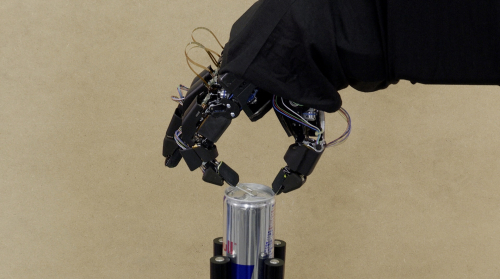 Honda is currently working on downsizing the hardware and further improvement of the precision of robotic hand movements such as “grasping” and “manipulation.” Honda is striving to begin technology demonstration testing of the Honda Avatar Robot before the end of the fiscal year ending 31 March 2024, with a vision to put it into practical use in the 2030s.

Moon. By leveraging core technologies unique to Honda, such as combustion, guidance, fuel cell and robotics technologies, Honda is pursuing technology development with a goal to create new value in the ultimate environment of outer space.

As international momentum for expanding the range of human activities outside the Earth continues to grow, Honda began initiatives to strive for the expansion of human activities and development on the lunar surface. It is said that there is water on the Moon, and various possibilities for the use of water may open up are attracting attention.

Honda is conducting joint research with the Japan Aerospace Exploration Agency (JAXA) with the goal of building a circulative renewable energy system on the lunar surface by leveraging the fuel cell technologies and high differential pressure water electrolysis technologies Honda has amassed to date. 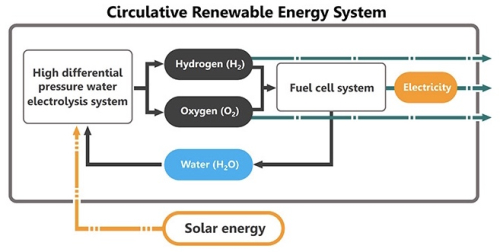 By combining Honda’s fuel cell technologies and high differential pressure water electrolysis technologies, and by using electricity from renewable energy sources, the system electrically decomposes water and stores hydrogen and oxygen. Then, using that hydrogen and oxygen, Honda’s fuel cell technologies can generate and supply electricity. The oxygen also can be used for people staying at living quarters on the lunar surface, and the hydrogen also will be used as fuel for rockets. 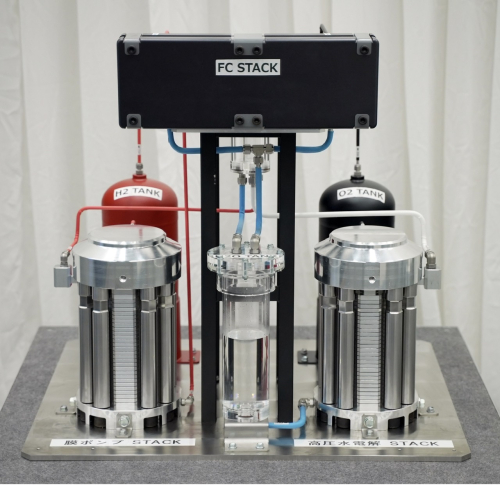 By building such a circulative renewable energy system, Honda will strive to contribute to a wide range of human activities on the lunar surface.

Moreover, for the remotely-controlled robots on the lunar surface, which can minimize the risks astronauts will be exposed to and enable people to virtually enjoy the experience of being on the Moon from Earth, Honda is expecting to apply a number of its core technologies. This includes the multi-fingered robotic hand technology and AI-supported remote control technology being developed for the Honda Avatar Robot and the highly-responsive torque control technology for collision mitigation. These research themes were adopted by the JAXA Space Exploration Innovation Hub and the joint research began in February of this year.

Artificial satellites are indispensable for various purposes including the observation of the global environment, such as global warming and abnormal weather conditions and also to enable wide-area communication, which is an effective means to provide connectivity to mobility products. However, currently, there are not enough rockets available to meet demand for satellite launches.

To address this issue, Honda is developing a small rocket with a goal to use it as a launch vehicle for small low-earth orbit satellites. Moreover, Honda is conducting research with an assumption to make its rocket “reusable” by enabling at least some of the rocket components to land back on earth after the launching. For this challenge, Honda will strive to utilize control and guidance technologies Honda has amassed through the development of automated driving technologies. 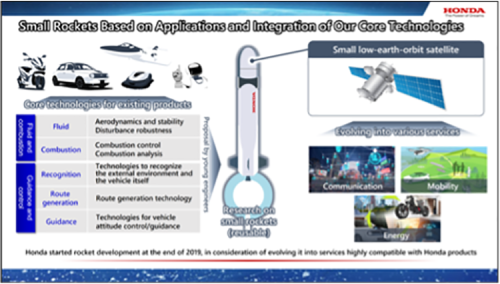 In addition to a complete commitment to its environmental and safety challenges, Honda will continue pursuing outside-the-box research to leverage its core technologies and take on challenges in new areas to bring about new value that overcomes the constraints of time and space of people.