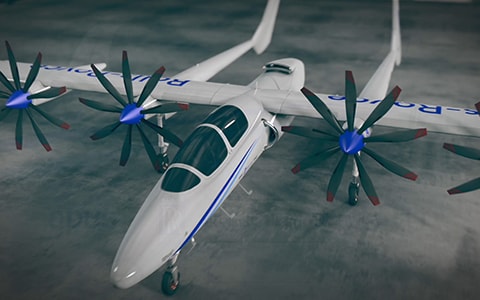 The partners agreed on the establishment of development, testing and production facilities, creating an industrial eco-system for hybrid-electric aviation propulsion systems in Dahlewitz and the Lusatia region. The project will be supported by funding from the Structural Strengthening Act, the federal government’s aeronautics research program and other state funds.

Within the new program, Rolls-Royce Deutschland is opening an operating facility in Cottbus and plans to expand its research and development capabilities in Dahlewitz. The company is leading the way on one of the world’s most comprehensive hybrid-electric aerospace development and integration programs for a wide range of applications, including technologies for small gas turbines.

With a horizon until 2027 and accompanied by positive funding decisions, Rolls-Royce Deutschland aims to make significant investments for the development project in Brandenburg, securing about 50 highly-skilled jobs in the region already in 2021. The corresponding work will be split between the Dahlewitz site and the new facility, that will be based at the Center for Hybrid Electric Systems Cottbus (CHESCO) of Brandenburg University of Technology Cottbus-Senftenberg.

The technical management of the projects will be in Dahlewitz, while a high proportion of work for the development project will be carried out in Cottbus with support from Dahlewitz and from electrical design teams based in Bavaria.

The race to net zero in aviation is both vitally important and one of the most extreme technological challenges there is. The long term and increasing support of the German Government for aerospace technology is a crucial enabler for Rolls-Royce to meet our commitments to sustainable power and net zero by 2050. Building on the advanced capabilities of our electrical team in Bavaria, the establishment of development, testing and production facilities in Dahlewitz and the Lusatia region will enable Rolls-Royce to deliver hybrid-electric propulsion systems for the next generation of aviation.

Rolls-Royce Deutschland will involve existing and new partners from the Lusatia region to a large extent in the work for the development project and continue the ongoing search for industrial partners. The Brandenburg University of Technology Cottbus-Senftenberg (BTU), the German Aerospace Centre (DLR) and Fraunhofer-Gesellschaft are scientific partners of the project.

A turbine alternator would work

I have been playing around with an idea for Hybrid electric turbo fan engine. Use the combustion turbine for max power situations IE: take off and climb. Decouple the engine section and use the motor/generator to run the turbo fan for cruise and decent. Maybe also for taxi if the hub motors don't get sorted out.

Big part of my idea is to run the jet turbines on hydrogen. The idea is same fuel could also run through FC to produce electricity. The electric motors would be combined into the turbo fan with the jet turbines.

So you could remove the APU engine and use the FC to power on board systems and propulsion motors with a small contingent of supplement batteries.

In October 2019 Airbus's photogeneic CTO Grazia Vittadini (who replaced short lived Paul Eremenko) inaugurated the Airbus E Systems House test facility for hybrid electric systems in Ottobrunn to much fanfare. They were in the middle of the E Fan X hybrid electric demonstrator development programme with Rolls Royce, replacing one of the engines on a BAe 146 with a 2.5 MW electric motor. The project was launched in 2017 and was supposed to fly in 2021.

In January 2020 it was still all systems go for systems integration.

Then in April 2020 when Covid hit and nobody was paying attention they cancelled the programme, that was supposed to be the fer de lance of Airbus' (and Rolls Royce's) efforts in clean aviation. Vittadini left Airbus shortly afterwards - the CTO is a revolving door job there.

Now we see, to quote the article that "With a horizon until 2027 ..... Rolls-Royce Deutschland aims to make significant investments for the development project .. securing about 50 highly-skilled jobs ... The corresponding work will be split between .. and the new facility, that will be based at the Center for Hybrid Electric Systems Cottbus ........"

Wow so what were Rolls Royce really doing from 2017-2021 on hybrid electric? Sleeping? Why don't you just move into the Airbus Ottobrunn facility? No new grants available there I suppose.

I like the Airfix model though, even if a bit of a retrograde step from an electric turbofan on a BAe 146.