The continued contribution of the DM-i technology fueled further success for the DM model, which saw 38,771 units sold in October, up 444.1% YoY，positioning BYD as a dominant player in China’s plug-in hybrid vehicles market. Globally, the DM-i model also holds an important position. The Qin Plus DM-i and Song Plus DM-i took the 4th and 8th places, among PHEV market worldwide in August with sales of 13,043 and 8,731 units respectively.

BYD’s e-platform 3.0 addresses battery-related safety problems of the NEV and increases its range at low temperatures. EA1, the first model built upon this platform also enjoyed popularity in the market with 6,018 units sold in October, becoming the biggest contributor to the market for NEVs priced at around RMB 100,000 (~US$15,600). 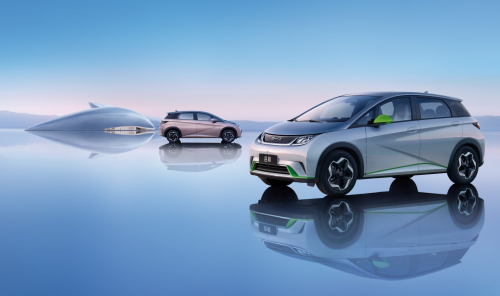 BYD introduced the e-platform 3.0 in April 2021 at the Shanghai Auto Show. The platform is designed for the next generation of high-performance smart EVs and not only further integrates and standardizes core components, but also incorporates a new body structure, digital and electrical architecture, and a revamped BYD vehicle operating system.

The e-platform 3.0’s key modules are smaller, lighter, stronger, and lower energy consumption. The platform is equipped with a new heat pump technology as standard, and a newly upgraded 8-in-1 module for the drive system, allowing the overall efficiency to exceed 89%.

An electric vehicle equipped with the e-platform 3.0 takes just 2.9 seconds to go from 0 to 60 mph, with a comprehensive cruising range of up to 600 miles. With 800V fast charging technology, an electric vehicle can be charged for just 5 minutes to give it a range of 90 miles, while power consumption per 100 kilometers is reduced by 10%, and the cruising range is 10% longer in winter.

In terms of safety, the ultra-safe Blade Battery is the standard configuration of the e-platform 3.0, vastly improve the integrity of pure EVs as one of the industry’s safest power batteries. This is also integrated into the vehicle’s structural design, doubling the torsional stiffness of the body.

The e-platform 3.0 will continue to be open to the industry, further accelerating the electrification of automobiles.

The first ten months of the year saw drops in different levels of sales in the auto market, owing to chip shortages across the auto industry. Nevertheless, BYD has continuously attained higher sales records, which the company attributes to its core technologies such as the Blade Battery, the DM-i technology, and e-platform 3.0.

I hope they come to the US soon.