Neural Propulsion Systems (NPS), a developer of autonomous sensing platforms, announced that Dr. Lawrence Burns is joining as an Executive Advisor. Dr. Burns is the former Corporate Vice President of Research & Development and Planning at General Motors (earlier post). He has also advised numerous companies—including Google Self-Driving Cars/Waymo for over a decade.

As an Executive Advisor, Dr. Burns will advise and collaborate with the NPS executive team as they continue to scale the company globally and deliver the first all-in-one deeply integrated multi-modal sensor system focused on fully autonomous driving (Level 4 autonomy).

Sensor Fusion technology is a core component of delivering true autonomous vehicles and is crucial to helping the industry achieve the vision of Zero Autonomous Driving Accidents. Prominent technology and industry thought leaders like Larry will be instrumental in helping us make this vision a reality. Larry has helped shape the autonomous industry as we know it today. We share the conviction that only a reliable multi-modal sensor platform can deliver Level L4 autonomy.

NPS aims to transform the future of autonomous driving by tackling one of the most formidable autonomous driving challenges — delivering innovative high-performance sensor-fusion. What’s missing today is the capability to ‘see’ farther, faster and more precisely. NPS delivers on all fronts by intelligently integrating and fusing LiDAR, radar and camera data with advanced analytics to realize enormous advances in performance. 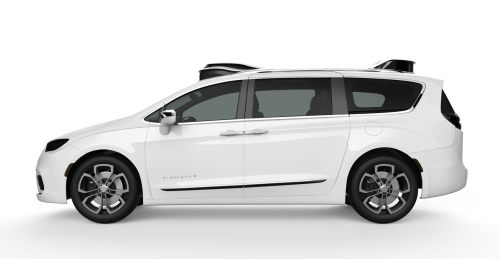 The system is powered by a new class of estimation and detection algorithms, called Quantum Grid Processing Algorithms (QGPA), based on the Atomic Norm (AN), and has shown groundbreaking performance advantage in excess of 50X over current solutions. The densely integrated deep sensor-fusion system gives vehicles the ability to see around corners and over 500 meters away, making it 10X more reliable than competitors, the company says.