Home About Contact RSS GCC Twitter Newsletter
US Tire Manufacturers Association to produce standardized tire tread particles for researchers
NREL: adoption of shared micromobility in US could save 2.3B gasoline-equivalent gallons per year

Controlled Thermal Resources (CTR) has begun the company’s drilling program, initiating Stage One of the Hell’s Kitchen Lithium and Power project in Imperial, California. Hell’s Kitchen is the first geothermal project to be built at the Salton Sea in ten years and is the world’s first, fully integrated, new geothermal-lithium facility to commence construction.

Drilling of the first two wells represent an important milestone for the company and for Imperial County, where geothermal plants at the Salton Sea have produced around 450 megawatts of renewable energy for decades.

We are very pleased to kick start our drilling program and we are on schedule to deliver the project’s first 50MW of baseload renewable power in late 2023 and an estimated 20,000 tonnes of lithium hydroxide in 2024.

Our team utilized a detailed seismic survey completed in 2017 and existing well data to provide direction for the specific drill targets. We expect to reach target depths of approximately 8,000 feet for each well. We anticipate high brine flow rates and brine temperatures of 550-650 Fahrenheit. Each well is expected to produce clean, firm power for decades. 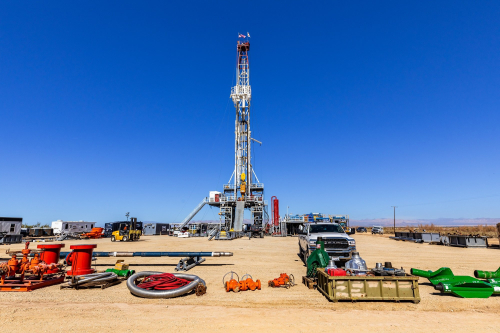 After completion of the first two wells, the next step is brine testing in preparation for scale-up of power and lithium recovery from the geothermal brine and conversion to lithium hydroxide. 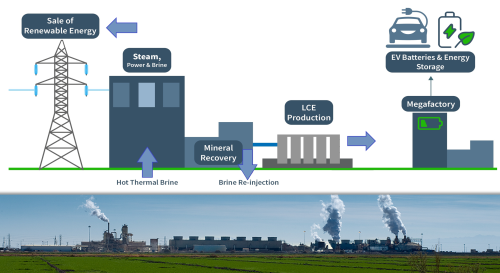 In addition to working closely with strategic investor General Motors, CTR continues to collaborate with the community, industry, and government to develop a domestic lithium battery supply chain and clean energy hub in the valley. CTR alone, expects to create an estimated 480 construction jobs and 930 project jobs for Stages 1 and 2 at Hell’s Kitchen.

Looks like a win-win. Clean base load power and valuable mineral extraction for a US based supply chain.

Very nice solutions applicable for a number of countries suggesting there will be no long shortage of lithium to market. For some time its been the nickel and cobalt supplies facing medium to longer term supply constraints.