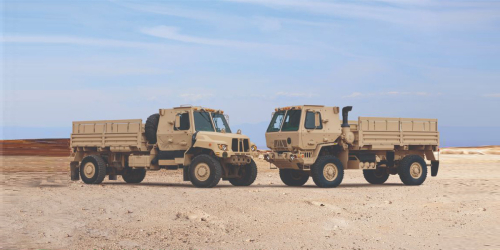 The US military operates a fleet of more than a quarter million tactical vehicles, which frequently operate in austere conditions. These vehicles often spend as much of their operational time stationary as they do in motion. However, even when stationary, the engines must remain running in order to power their essential onboard electronics, as well as their crew compartments’ heating and cooling systems. This results in significant fuel consumption while the vehicle idles.

By integrating an anti-idle capability into our existing fleet of tactical vehicles, the DoD has the opportunity to meaningfully reduce fuel consumption by its operational forces, enabling them to operate longer between refueling. This also promises to reduce the amount of fuel that must be transported into combat zones, reducing the demand on, and risk to, logistics supply chains.

This challenge and opportunity are not unique to the military. For years, commercial long-haul, utility, and emergency trucking fleets have been converting their existing trucks into hybrid and full electric vehicles to save money and reduce emissions.

In August, PM TS and DIU issued awards to two companies, XL Fleet and Volta Power Systems, to integrate their respective commercial solutions into prototype idle-reduction FMTVs. Upon demonstration and evaluation of those prototypes, the companies will be asked to develop and deliver a retrofit kit for fielding and easy installation by Soldiers operating at logistics depots and motor pools across the force.

Beyond the fuel savings to be gained from the introduction of anti-idle capability, PEO CS&CSS also sees this as a step toward further hybridization and electrification efforts.

The collaboration between DIU and PEO CS&CSS is proving to be invaluable. Their industry connections and contracting flexibilities greatly shortens the time to bring capability to the Warfighter. These kits are the first step to a game changer across the tactical wheeled vehicle fleet in not only decreasing fuel demand, but also bringing new capability in the form of increased electrical power.