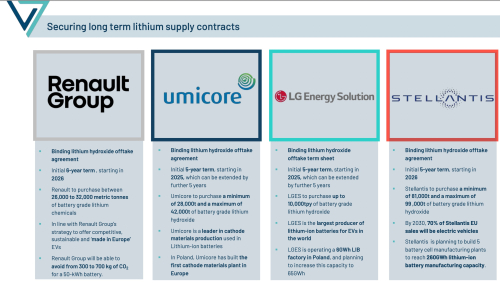 Consistent with Vulcan’s strategy to decarbonize the battery metals supply chain, the Stellantis electrification strategy includes ensuring a sustainable supply of lithium, which it has identified as a critical battery raw material with regard to availability.

By 2030, more than 70% of Stellantis’ European sales and more than 40% of its US sales will be low emission vehicles (LEVs). Stellantis’ plans call for a total of five battery cell manufacturing plants in Europe, including Germany, and the United States, with a total capacity of 260 gigawatt hours (GWh).

The battery-grade lithium hydroxide will be used by the three Stellantis battery production facilities in Europe: in Termoli, Italy, and the Automotive Cells Company (ACC) joint venture plants in Kaiserslautern, Germany, and Douvrin, France. The three plants combined will produce at least 120 gigawatt hours of cell capacity by 2030.

Conditions precedent include successful start of commercial operation and full product qualification. Pricing will be based on market prices on a take-or-pay basis. 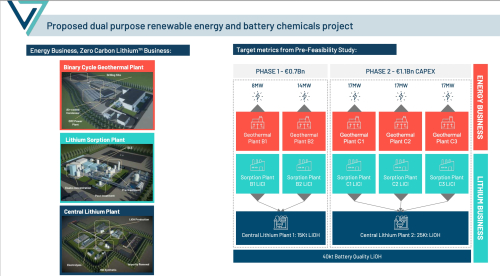