To be developed in multiple stages, HyGreen Teesside is expected to match production to demand and build on experience to drive down costs. bp is aiming to start production by 2025, with an initial phase of some 60MWe of installed hydrogen production capacity. A final investment decision on the project is expected in 2023.‎ 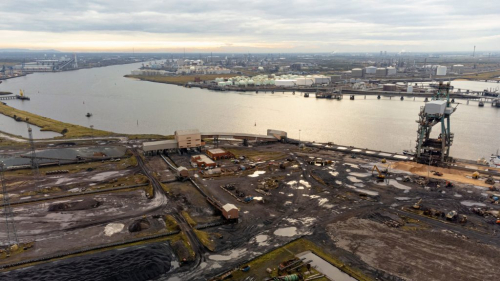 Site of the HyGreen Teesside project in Hartlepool, UK

bp is working with industry, local administration such as Tees Valley Combined Authority (TVCA) and the UK government to increase the pace of decarbonization in transport. 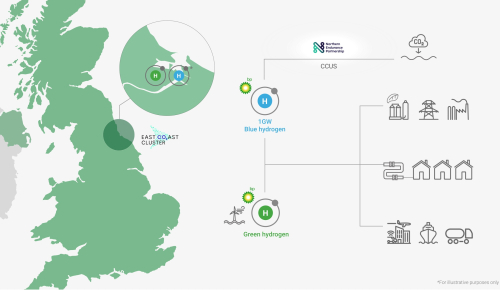 HyGreen Teesside is expected to fuel the development of Teesside into the UK’s first major hydrogen transport hub, leading the way for large-scale decarbonization of heavy transport, airports, ports and rail in the UK.

The combined 1.5GW capacity of HyGreen Teesside and H2Teesside could deliver 30% of the UK government’s target of developing 5GW of hydrogen production by 2030. Industries in Teesside account for more than 5% of the UK’s industrial emissions and the region is home to five of the country’s top 25 emitters.

bp has already announced a series of Memoranda of Understanding (MoU) with potential industrial customers for hydrogen in the Teesside area, including both existing and planned operations, as it grows demand for the hydrogen expected to be produced by H2Teesside. bp has also recently signed an MoU with Daimler Truck to pilot both the development of hydrogen infrastructure and the introduction of hydrogen-powered fuel-cell trucks in the UK.‎