In a media briefing in Tokyo, Toyota Motor president Akio Toyoda said that Toyota Motor will roll out 30 battery EV models by 2030, globally offering a full lineup of battery EVs in the passenger and commercial segments. Toyoda said the company is aiming for global sales of 3.5 million EVs per year by 2030—about one-third of current vehicle sales. 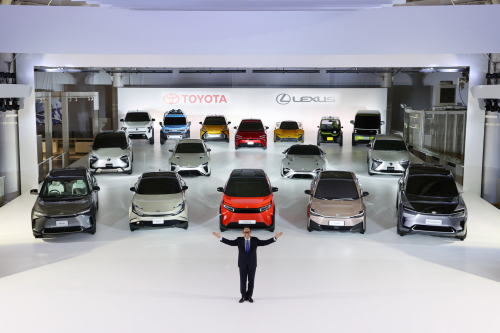 Additionally, the company will increase its new investment in batteries from the ¥1.5 trillion (now $US13.2 billion) announced in September (earlier post) to †2 trillion (US$17.6 billion), aiming to realize even more-advanced, high-quality, and affordable batteries.

Toyoda said that the company will continue to pursue a range of carbon-neutral options to meet “whatever might be the needs and situations in every country and region.”

It is not us but local markets and our customers who decide which options to choose. As for why we try to keep so many options, in terms of business management, one might think it’d be more efficient to focus on fewer choices. However, we believe that quickly adapting to changes in the future is more important than trying to predict the future, which is uncertain.

Toyoda previewed two upcoming models in the bZ series lineup, the first model from which is the bZ4x, jointly developed with Subaru. (Earlier post.) To come are a midsize SUV and a compact SUV, with a targeted power consumption of 125 Wh/km. 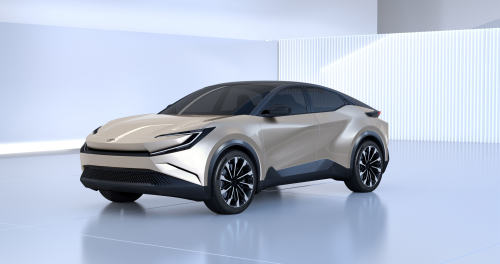 On the Lexus side, the RZ (“Z” for Zero) will be a high-performance BEV with acceleration time in the low 2 second range, a cruising range of more than 700 km (435 miles), and with the possible use of solid-state batteries in mind. 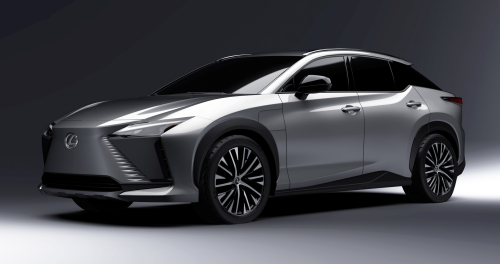 So Toyota is going to spend US $17.6 billion on batteries and BEVs and have 30 BEVs available by 2030. Meanwhile GM announced in March 2020 that they were going to going to spend by US $20 billion by 2025. Then in November 2020 they upped this to US $27 billion and the in June of this year, they upped it again to US $35 billion to be spent by 2025. Also, they announced that they will have 30 BEVs on the market by 2025. So they are going to spend twice as much in less than half the time. I do not have the numbers for Ford but they are basically on the same path as GM.

Maybe being 5 years late and US $17.4 billion short is better than nothing but Toyota is in danger of being left in the dust or, for our UK friends, the dustbin of history. But maybe after their anti-BEV lobbying efforts, that is exactly where they belong.

It's a new World;
Because you can build reliable gassers doesn't mean your EVs are any better than the others. So far Tesla and Nissan EVs have a proven EV track record over 10 years, whereas Toyota is starting from scratch and is really late to start up, perhaps too late!

Beyond batteries: "by 2030" everyone including Toyota will be talking about and/or driving "batt-cap" EVs, flying batt-cap eVTOLs - so using powerpacks which combine batteries with supercapacitors. It's a revolution that our media is predictably reluctant to even talk about - but it's quietly gathering pace in the real world all the same - on land, in the air and in the sea.
eg. see this recent barely-reported news from China for instance:
"China Completes Trials for World’s First Supercapacitor-Powered Ferry" at:
https://www.maritime-executive.com/article/china-completes-trials-for-world-s-firstsuperconductor-powered-ferry
And in the US, the Triad eCell(supercap powerpacks) has succeeded in breaking through the media's "supercap silence" courtesy Yahoo Finance. But here's a Youtube presentation instead:
https://youtu.be/DtDEFOl0NhU
Paul G

Better late then never. Toyoto like others jap companies like Suzuki are arrogant enough to dispise EVs. Both will loose market share heavily. Suzuki is a major player in India and it is hopelessly behind in EVs. It does not think of pollution it is creating and will be punished heavily by a huge reduction in market share. Time govt of India bans new auto companies and models except EVs.

With many years of Hybrid and several with FC Toyota has electrified power train expertise. Just a matter of parley into full BEV.

This is welcome news.

Toyota has the technical chops, the open question is vision, and the commitment of senior leadership to sufficient investment and rapid progress to avoid being bypassed by nimbler upstarts.

Kodak, Xerox, etc, etc. look at any major stock index over 50 years and see the turnover.

In the ZEV space, who is creating exciting cars people are clamoring for, and who is creating underperforming, unattractive vehicles with navigation and infotainment systems from a decade ago.

At Electric Car Guest Drives, I talk to hundreds of people every week who are looking for new ZEVs.

No one is interested in Honda, Nissan or Toyota. No one.

Maybe Akio Toyoda has been “educated” now on the benefits of BEV, I hope so, though I must say I have my doubts. Akio Toyoda thinks a switch to BEV will cost Japan automotive jobs which are critical to the Japanese economy (please read his 9/9/21 speech to JAMA here: https://toyotatimes.jp/en/insidetoyota/169.html).
He thinks that H2ICE, FCEV, PHEV, and HEV are part of the picture for the next 40 years and that Toyota needs to be a diverse manufacturer. H2ICE and FCEV do have a niche, e.g. Heavy trucking and off-road construction. However, the greatest majority of Light Vehicles will be BEV (Tesla, China, and Korea are doing this).
Whoever is influencing Akio Toyoda must let him know that it is ridiculous to think that Japan will lose jobs if they concentrate on BEV. Automotive manufacturing and Toyota has already done EV manufacturing (mostly HEV/PHEV) and this will not change significantly when building BEV.
Primarily, you must develop large battery systems, which ironically one of Toyota’s suppliers/partners - Panasonic, is a world leader (making batteries for Tesla).
This is really about Auto Manufacturing culture which is dominated by ICE manufacturing and design.
Let me give you an example of a manufacturer where I worked that had a reverse situation. Scientific Atlanta, a world leader in CATV components (it is now part of Cisco Systems) was dominated obviously by Electrical Engineers(EE). Lower on the totem pole were the Mechanical Engineers (ME). I liked to associate with them because I was in IT support and they had a lot of CAD computers.
However, all of the management at Scientific Atlanta were EEs so the MEs were obviously second class. Toyota has the opposite situation. Toyota management are all MEs and know everything about ICE. Maybe Toyota culture will change, we will see soon.

I looked at your video link and looked up Triad eCell. There is limited information on their website. I am not quite sure what these people are selling other than stock but it sent my BS detector full tilt. Also, you link on the ferry was not about super capacitors but superconducting. Not the same.

Chevrolet might have gained some relevant BEV experience with the serial hybrid Volt with enough lithium-ion energy for 50+ miles but it hard to see how the Prius or even the under performing Prius Prime would contribute much relevant BEV experience. Anyway, the real problems are not so much the motors or inverters but the batteries and battery management.

I have always thought that when duller cars are made, Toyota would be making them.

For more information on super capacitors, look at:

They are very power dense but not so energy dense and power and power are related but not the same. Power x time = energy.

I remember that it was not all too long ago that Toyoda stated, "rather dead than a change to BEVs". His dream may come true.