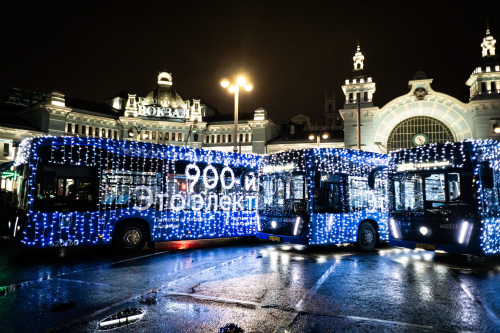 This electric bus has become the 300th vehicle purchased with the funds from green bonds.

The electric buses were launched on 66 bus routes with a total length of almost 800 kilometers. This year electric buses carried more than 77 million passengers, and more than 150 million people were carried in the three years of the operation.

Moscow is now actively developing charging infrastructure. Currently, there are more than 150 charging structures in the city. By the end of 2023 this number will increase up to 500 stations.

In the coming year, we also plan to increase the quantity of eco-transport in the city. This, in turn, will help to reduce the amount of harmful emissions and significantly improve the environmental situation in Moscow.

There's a typo in first sentence, you probably meant to write November 2021?