Monolith receives conditional approval for a $1B loan from DOE

Monolith cleanly produces essential materials utilized by a wide variety of industries including hydrogen, ammonia and carbon black. Carbon black is a material found in many everyday products but is perhaps most commonly known for its use in tires. Leading tire manufacturers including Goodyear and Michelin expressed their support for the DOE’s conditional approval and Monolith’s technology. 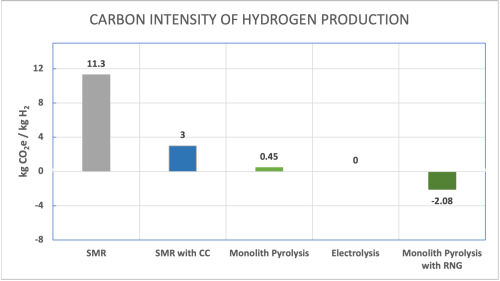 In addition to carbon black, Monolith’s innovative methane pyrolysis process creates cost-effective clean hydrogen. As the world builds a roadmap to decarbonization, the energy density of clean hydrogen fuel has been recognized as one of the critical paths to creating a green world. Shipping, aviation, long-haul trucking, energy storage and clean steel production are areas with the potential to rely on clean hydrogen fuel. Monolith also expects to use much of the clean hydrogen produced from its Olive Creek expansion for the production of cleanly made ammonia that will be distributed in the US corn belt to help feed a growing national and world population.

Title XVII of the Energy Policy Act of 2005 (42 U.S.C. Sec. 16511, et. seq.) provides authority for the D.O.E. to guarantee loans for projects that “avoid, reduce, or sequester air pollutants or anthropogenic emissions of greenhouse gases; and employ new or significantly improved technologies as compared to commercial technologies in service in the United States at the time the guarantee is issued.”

Current conventional processes to create carbon black release large amounts of greenhouse gases into the atmosphere. Through Monolith’s methane pyrolysis technology, the company is able to prevent an estimated 2.3 tons of CO2 from being released for every ton of carbon black produced.

With its production of cleanly made hydrogen, carbon black and ammonia, Monolith expects that its Olive Creek expansion will prevent one million tons of greenhouse gas emissions from entering the atmosphere each year compared to traditional manufacturing processes.

While this conditional commitment demonstrates DOE’s intent to finance the project, several steps remain, and certain conditions must be satisfied before a final loan guarantee is issued.