Tesla will offtake the majority of the proposed initial expansion of AAM production capacity at Vidalia at a fixed price for an initial term of four years commencing from the achievement of a commercial production rate, subject to final qualification.

Tesla also has an option to offtake additional volume from Vidalia subject to Syrah expanding its capacity beyond 10kt per annum AAM.

Syrah said that the agreement provides a compelling foundation to proceed with the initial expansion of Vidalia’s production capacity; Syrah plans to make a final investment decision for construction of this expanded facility in January 2022, subject to financing commitments.

Syrah is advancing commercial and technical engagement with other target customers to develop Vidalia AAM for mass production and secure additional long-term purchase commitments for Vidalia.

The Vidalia battery anode material plant will process natural graphite concentrate shipped in from Syrah’s Balama mine in Mozambique. The Balama graphite operation is a globally significant natural graphite resource. 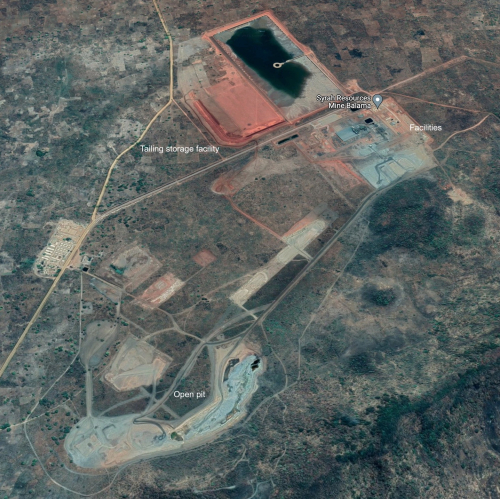 Balama mine operation in Mozambique