The University of Michigan - Shanghai Jiao Tong University Joint Institute (UM-SJTU JI,) Professor Qianli Chen and her collaborators are proposing a new design principle for perovskite materials with high proton conductivity for use as electrolyte materials in solid oxide fuel cells. A paper on their work is published in the journal Advanced Energy Materials.

When proton-conducting ceramics are used as fuel cell electrolyte material, the operating temperature can be reduced to 450-700°C, thus significantly reducing the production cost. However, their proton conductivity needs to be further improved for the commercialization of such intermediate-temperature fuel cells.

The researchers suggested that the enhancement of proton conductivity at low temperatures can be achieved by tuning lattice vibration frequency toward a desired isokinetic temperature. 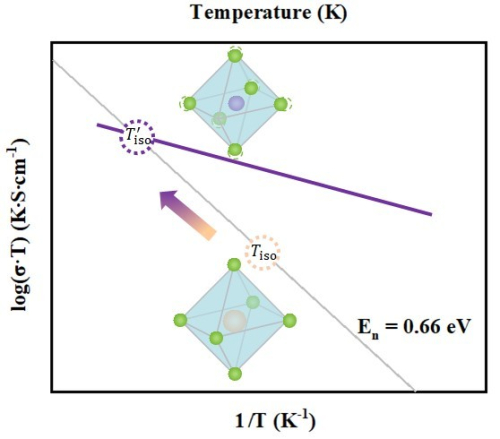 My question:  are these electrolytes suitable for direct-methanol fuel cells, auto-reforming MeOH to H2 and CO2 with recycled steam?  That's the problem with PEM electrolytes; you don't get oxygen to the fuel side in the normal operation of the cell.