MORAI, a developer of full-stack autonomous driving simulation technology, will unveil MORAI SIM Cloud, which uses the cloud to build a myriad of simulation environments without hardware restrictions and enable simultaneous testing, at CES 2022.

MORAI SIM Cloud is the Software as a Service (SaaS) model of the existing MORAI autonomous driving simulator, MORAI SIM, that will allow users to perform simulation tests in the cloud without the process of installing any software onto local computers. The cloud-based method will play a key role in increasing test efficiency as it enables users to run a large number of simulation tests requiring multiple computers to run, with a single computer simultaneously. 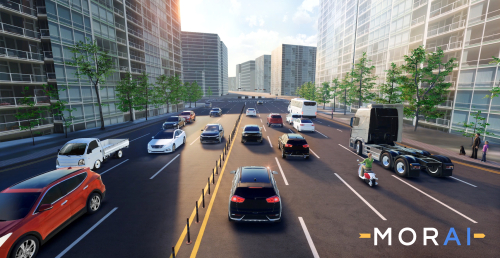 MORAI is the only developer and distributor of a full-stack autonomous driving simulation platform in South Korea, with more than 100 clients, including Hyundai Mobis, Naver Labs, and Samsung Engineering.

In 2021, the company has raised around two billion KRW (US$1.7 million) through a bridge funding round and was nominated as a future unicorn company by the Ministry of Science and ICT of Korea and garnered the Hong Dae-yong Award for Patent Technology.