Northvolt has assembled the first battery cell at the newly commissioned Ett gigafactory in northern Sweden. The cell is the first to have been fully designed, developed and assembled at a gigafactory by a homegrown European battery company. 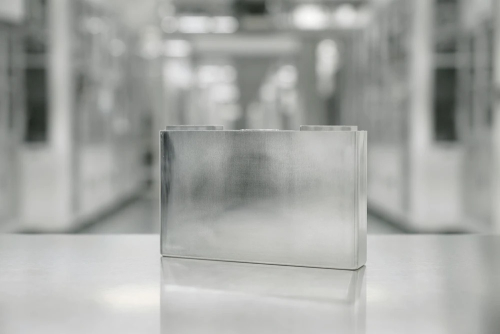 The first cell of Northvolt Ett represents a milestone which Northvolt has been working towards since the gigafactory was announced in 2017. The cell is of a prismatic cell format and came off the cell assembly line on 28 December. Commissioning and upscaling of the factory will continue through into 2022, when the first commercial customer deliveries will be made.

The battery cell was developed at Northvolt Labs, Northvolt’s industrialization factory in Västerås, Sweden, which has been in production since early 2020.

In the coming years, production capacity at Northvolt Ett will increase towards 60 GWh per year to fulfill more than $30 billion worth of contracts Northvolt has secured from key customers, including BMW, Fluence, Scania, Volkswagen, Volvo Cars and Polestar.

To these customers in the automotive, industrial and energy storage sectors, Northvolt Ett will deliver cells of varying formats with commercial deliveries beginning in 2022.

Why would a prismatic cell format have heat problems? It has more surface area than an equivalent cylindrical cell.

It is a hollow cylinder squished flat
they heat inside

They have a metal can, with a good heat spreader it should be OK for most applications.