Deutsche Post DHL Group is selling the rights and know-how for the production of its StreetScooter electric vehicles to the international consortium ODIN Automotive S.à.r.l. (Luxembourg). The deal includes the intellectual property for the D17 and D20 vehicle models as well as the two wholly owned subsidiaries in Switzerland and Japan. 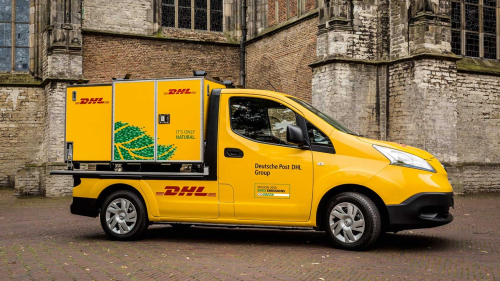 In addition, Deutsche Post DHL Group will become a minority shareholder in ODIN.

With the sale of StreetScooter Engineering GmbH, ODIN Automotive S.à.r.l. will become the official manufacturer of StreetScooter electric vehicles and continue to produce both StreetScooter models (offering 8 and 13 m3 of cargo space, respectively).

StreetScooter GmbH, including its existing 300 employees, will continue to act as a supplier of vehicle parts and batteries for the Group’s planned fleet expansion to 21,500 StreetScooters. Thereafter, StreetScooter GmbH will focus exclusively on servicing and maintaining the existing fleet.

The Group currently operates more than 17,000 of the electric vehicles, which were developed specifically for last-mile mail and parcel delivery, and as such is the largest e-fleet operator in Europe.

ODIN Automotive S.à.r.l., a financial holding company, is backed by several institutional and private global investment partners, including Sparta Capital Management in the United Kingdom, a major Chinese OEM, and a partner for contract manufacturing in North America.