Testing of the the first Russian-made articulated electric bus has begun in Moscow. After the test drive, the city plans to purchase such vehicles to service routes with high passenger traffic. 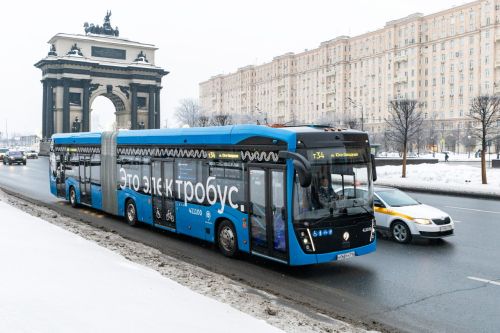 The electric bendy bus has space for 135 passengers and a range of 90 kilometers; charging of the battery pack takes 20 minutes. The new articulated electric bus is also the first electric bus in Moscow with an electric heater.

Moscow is considered to be the leader in the electric bus fleet in Europe. We continue to develop environmentally friendly public transport. KAMAZ, a Russian manufacturer of vehicles, trucks and engines presented a modern electric articulated bus for test operation, which we will launch on the roads of Moscow. It is now tested on the T34 bus route, so each passenger will be able to appreciate the comfort and innovations of the electric bendy bus. 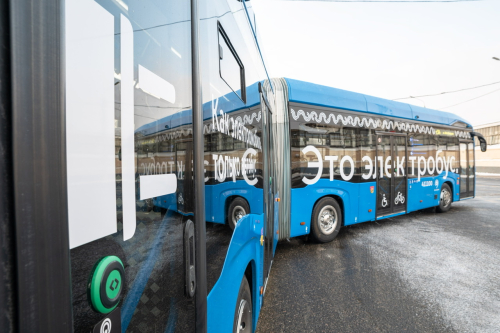 This one could probably use a dual-motor drive system with the front axle and rearmost axle powered, for better maneuverability in slippery conditions.