Nuro has introduced its third-generation electric autonomous delivery vehicle. This new vehicle improves on the previous design and is ready to be produced at scale, the company said. 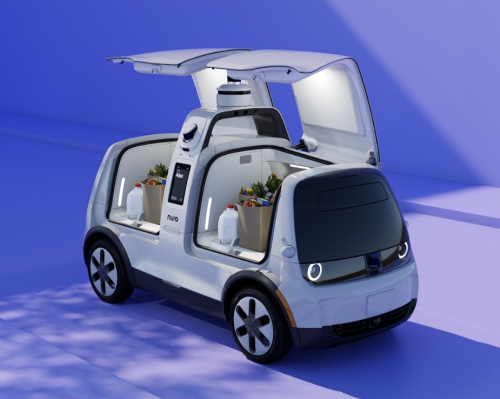 The new vehicle is approximately 20% smaller in width than average passenger cars, giving bicyclists and pedestrians more room to maneuver alongside the bot. A custom external pedestrian airbag across the front of the bot is optimized to reduce the force of impact and number of injuries in the event of collision. 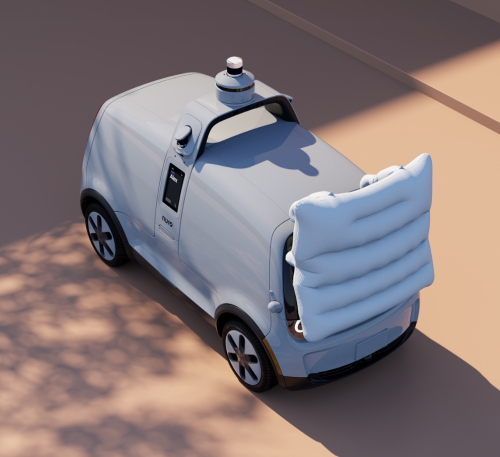 The 27 ft3 compartments combined can fit about 24 bags of groceries and handle almost 500 lbs. Modular inserts that fit inside the compartments allow for heating and cooling, with a range of temps from 22 ºF or hot to 116 ºF.

The new model has a top operating speed of 45 mph, allowing the vehicle to reach more customers and serve more businesses on a wider variety of roads. 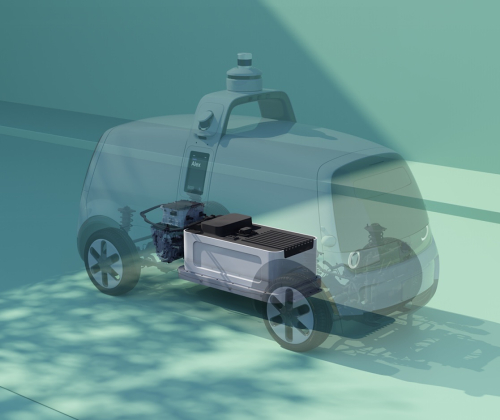 The new model contains a network of sensors that work together to give an in-depth, 360º view of the world in which it operates. In addition to being able to sense everything from the difference between a bundle of leaves and a pet to how many pedestrians are standing at a crosswalk in dense fog, the new model also has the ability to clean its own sensors. This self-cleaning is important to maintain operations and retain sensitivity throughout the day. 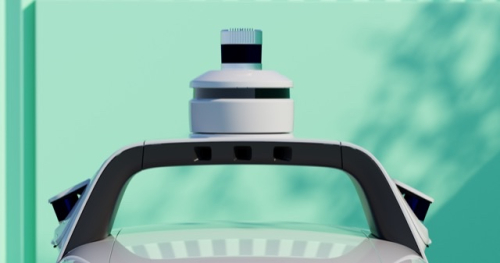 In August 2021, Nuro announced plans to build a manufacturing facility and test track in southern Nevada. Pre-production is underway now, and Nuro partnering with BYD North America to assemble globally-sourced hardware components for the vehicle platforms.

BYD is jointly working with Nuro on vehicle development, and is responsible for vehicle manufacturing and initial vehicle testing, and provides hardware such as the Blade Battery, electric motors, electronic controls, and displays for human-machine interaction. Nuro integrates technologies such as autonomous driving, control modules and sensors.

BYD will finish assembly of the hardware platform at its Lancaster plant in the United States using globally sourced components. Nuro will then complete the vehicle manufacturing process by installing and testing the autonomy systems that will make the platform capable of operation at the company’s new facilities in southern Nevada.