Moscow, Russia, currently runs 1000 electric public electric buses on 66 bus routes, giving it the distinction of operating the largest e-bus fleet in Europe and America. This year the Government of Moscow plans to buy 500 additional electric buses. Most of them will be purchased with the funds from the green bonds. 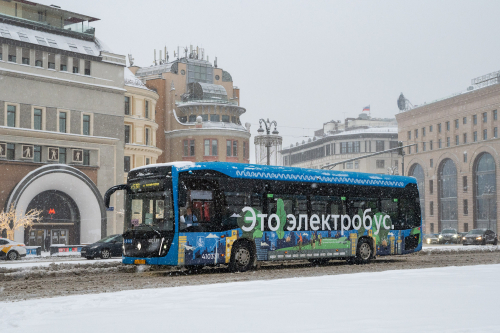 A green bond is a type of a fixed-income instrument that is specifically earmarked to raise money for climate and environmental projects. The goal of this project is to show how citizens’ funds improve the ecosystem of the city.

Moscow has entered the green bond market to implement the principles of sustainable development and environmental initiatives necessary for the capital. The funds received from the placement of green bonds were earlier used to purchase 400 electric buses. Today nearly half of the Moscow e-bus fleet has been financed by green bonds.

Today the city is focused on eco-friendly alternatives and is keeping up with worldwide electric vehicle market trends. In December, Moscow has received the 1000th electric bus assembled by the Russian manufacturer KAMAZ at the innovative SVARZ eco-plant. The e-bus is dedicated to ecology and environmental science. Next year Moscow plans to purchase 500 more eco-friendly buses.