Parallel Systems, a company founded by former SpaceX engineers to reimagine the railroad system, has raised $49.55 million in Series A funds to build autonomous battery-electric rail vehicles that move freight. 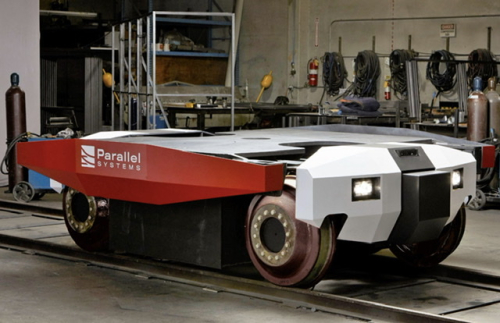 The round is led by Anthos Capital, and includes investments from Congruent Ventures, Riot Ventures, Embark Ventures, and others. The funds will be used to build a fleet of rail vehicles, execute advanced testing programs and grow the team. The company, which recently came out of stealth mode, has raised $53.15 million to date, including $3.6 million in seed funds.

We founded Parallel to allow railroads to open new markets, increase infrastructure utilization, and improve service to accelerate freight decarbonization. Our business model is to give railroads the tools to convert some of the $700-billion US trucking industry to rail. The Parallel system can also help alleviate the supply chain crisis by enabling low cost and regular movement of freight in and out of ports. Parallel’s competitive edge is our autonomous battery-electric rail vehicles, which are designed to move freight cleaner, faster, safer and more cost effectively than traditional trains or trucks. 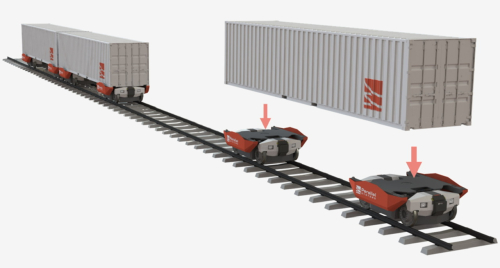 Parallel’s autonomous battery-electric rail vehicles load and transport standard shipping containers as a single or double stacked load. The railcars, which are individually powered, can join together to form platoons or split off to multiple destinations while en route. This significantly reduces the waiting times associated with loading trains that are miles long. The system can support service at a range of distances, from across a city to across the country.

Parallel’s unique architecture will also bypass congested switching yards, which are historically used to sort and reassemble freight manually onto secondary trains—saving hours, or even days, of transit time. The near continuous flow of containers through terminals results in greater asset utilization, faster delivery times, and higher quality of service.

Parallel’s freight transportation solution is even more energy efficient than freight train because it is lighter and more aerodynamic. The patent-pending platoon technology features self-propelled rail cars that push against each other to distribute the aerodynamic load. Parallel vehicles use just 25% of the energy compared to a semi-truck and offer the lowest operational cost of any surface freight transportation mode. Less energy means smaller batteries, less strain on the grid, and lower charging infrastructure costs.

Parallel’s zero-emission vehicles could reduce the freight industry’s carbon emissions significantly. Trucking accounts for 444 million metric tons of carbon dioxide, or approximately 7%, of all CO2 equivalent greenhouse gas (GHG) emissions in the United States, according to the 2019 US Environmental Protection Agency figures.

New levels of railway safety are possible due to the vehicle’s ability to rapidly detect hazards, such as a vehicle on the track. The railcars, which leverage a camera-based perception system and redundant braking can stop safely and autonomously up to 10 times quicker than a train. This means the vehicles can perform an emergency stop within the line of sight that the sensors perceive an object. In addition, the platoons automatically maintain safe speeds based on the track conditions.

Parallel platoons will reduce waiting times at railroad crossings. The platoons are shorter than traditional trains, and the vehicles will separate if blocking traffic, allowing emergency vehicles and the public to safely proceed without delays.

The United States railroad system has more than 140,000 miles of track; however, Parallel estimates that less than 3% of that network is occupied by active trains at any given moment. To make freight deliveries economical, today’s railroads typically focus on moving shipping containers distances more than 500 miles. Parallel has identified an opportunity to bring more business to rail by improving the unit economics over shorter distances. Introducing a more flexible system will alleviate pressure on highway infrastructure and the trucking industry as it faces overwhelming demand and a driver shortage of 80,000 US drivers.

Parallel’s proprietary architecture allows for smaller, cleaner, and less expensive terminals that can be built closer to shippers and customers, effectively opening up new markets and reducing last-mile delivery costs. Today, traditional rail terminals have to be large enough to service long trains, and are each built on hundreds of acres of land. These large terminals are expensive, remote, and result in slower delivery times. In addition to reducing the cost of traditional terminals, Parallel enables:

Parallel is developing software that allows its vehicles and platoons to safely integrate with existing rail operations so all freight trains and transit interoperate. The fully-automated connected system leverages machine learning to optimize vehicle routing, traffic scheduling and energy consumption.

They certainly raised enough money to give it a try. I hope that they have at least one major rail partner willing to try this. There have been somewhat similar rail concepts tried in the past but they did not combine battery drive with autonomous operation. They probably have an air drag advantage over normal trains as there is less gap between the containers in platoon mode. It is no explicitly stated but it appears that the wheel sets are not coupled together and just follows at a minimum distance. I wish them well but I would not put more of my money than I was willing to lose in it. Maybe it will work out for shorter trips.

Interesting article “Can Freight Train Cars Go Electric—and Self-Driving?”, https://spectrum.ieee.org/parallel-systems-autonomous-trains.
The article is an interview with Nick Little, director of the Railway Management Program at the Eli Broad College of Business at Michigan State University.
One interesting comment:
“If I had a dedicated set of tracks that didn't carry any other different types of traffic, just moved containers, . . . if you think about the problem we've got in this country at the moment, with all the ships and containers stacked up outside the Long Beach and Los Angeles ports, and how to get those containers from the docks to an inland terminal where they can go to transloading places or warehouses or some of them can go straight through to other destinations, if you were to build a short dedicated stretch of line that just moved containers off the port to, let's call it a pop-up inland port, that could be a great idea. “
Guess what, Union Pacific has already built a “pop-up inland port” - https://www.railwayage.com/intermodal/up-to-launch-southern-california-terminal/.