bp has acquired a 30% stake in Green Biofuels Ltd (GBF), the UK’s largest provider of hydrogenated vegetable oil (HVO). GBF’s products are made from renewable feedstocks such as vegetable oils, animal oils and fat. The product range includes Gd+ HVO, a sustainable renewable paraffinic diesel substitute that can be used as a direct drop-in replacement for diesel.

GD+ is an EN15940 paraffinic diesel which meets the ASTM D9725 2D specification. It is fully compatible with gas oil and significantly cleaner than EN590 (automotive diesel fuel). 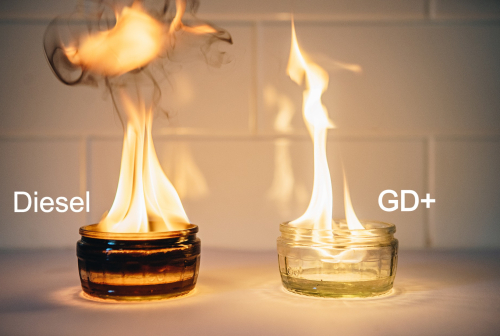 bp’s investment will support GBF’s growth as it works with businesses looking to transition away from using traditional diesel fuel in their assets, such as transport vehicles, temporary generators and construction machinery. The investment in GBF will expand bp’s global biofuels portfolio and its lower carbon solutions for UK customers, in line with its strategic aim of growing its bioenergy businesses as it transitions to become an integrated energy company.

Founded in 2013, GBF is the UK’s largest provider of HVO, having delivered more than 55 million liters of HVO products to the UK market over the past two years. HVO Gd+, which includes GBF’s additives, can be used in diesel engines without the need for modifications or capital expenditure.

By using HVO fuels, operators of diesel engines typically save lifecycle greenhouse gas emissions by 87% and additionally improve local air quality. In-field and controlled environment independent tests have shown that compared to standard diesel emissions, HVO Gd+, which is often made from waste products, achieves up to 85% reductions of particulates and up to 30% reductions of nitrogen oxides emissions.

Would it not be better to keep this stuff (or similar) for aviation. There are alternatives for land based transportation where weight and size are not such a problem (like batteries, catenaries and fuel cells), but it is much harder to use these in aviation.
I am nor sure about the scale of it, but you should use it in aviation so you can avoid daft things like H2 powered aircraft.

This idea from BP is very interesting! H2 can already be used in ICE engines. Airplanes should actually fly with H2.
I see the BEV more and more critically, since the use of resources is too high and scrapping after 10 years is very critical and not ecological. Real e-fuels are already on the market and will soon be available worldwide at low cost.

This is a terrible idea. The "renewable feedstocks" will turn out to be thousands of square km of monoculture canola and oil palms, displacing arable land and forest, mainly in the developing world, and needing irrigation, fertiliser, pesticide, herbicide, harvesting, processing, and transport. Effectively this is solar-power-to-liquid-fuel via a pathetically inefficient and environmentally destructive route. It may not even be net-energy positive. Much better to cover a far smaller area of desert with PV to run EVs. It would even be better to use PV to displace coal-fired power generation, and then process a small fraction of the coal into petrodiesel. I'm unconvinced by renewable hydrogen, but it would still beat this.

If we have to go down the biomass path, the feedstock has to be algae grown in saltwater pools, or perhaps farmed ocean kelp, using land or ocean deserts. We can't afford to turn arable land and forest into fuel farms.

Herman points to the problem of battery replacement which could be designed out with adoption of the Chinese battery 'module' swap model. That would presumably also enable small manufactures to have access to a ready supply of batteries for a plethora of power plants and machines from earth moving to lawns and gardens or even maritime.
MattF comments go to land use for biofuels as well as food crop diversion both problems well enough understood but the other possibility is for waste agricultural and municipal waste diversion which has also been demonstrated with combined plastics which should have a range of benefits including reducing methane emissions.
The volumes considered plausible don't add up to substantial combustion engine drop in fuel replacement but may go a long way for replacing the many other current uses for oil based products including lubricants and plastics. Some special case thermal applications may be possible but Automotive Aero and Shipping volumes are usually described as off the scale for this magic bullet solution.