The Volkswagen ID. Buzz, an electric reimagining of the brand’s iconic Microbus (earlier post), will make its first public appearance at SXSW, from 11-20 March 2022. For the duration of the SXSW conference, European-market ID. Buzz vehicles will frequent two stations near the Austin Convention Center, delivering information and entertainment to those nearby. 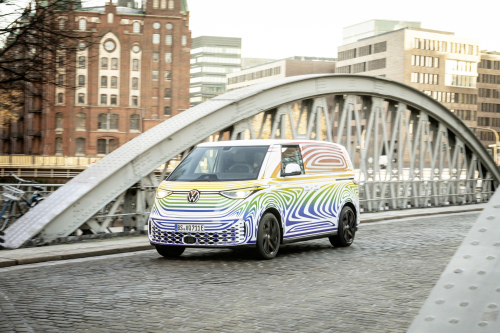 To celebrate the debut of the EV, Volkswagen will host various “Buzz Stops” throughout the city of Austin, Texas, where attendees of SXSW and locals can experience a coming chapter in the brand’s future. The ID. Buzz appearances are part of a larger three-year sponsorship agreement among Volkswagen and SXSW.

This step forward in the brand’s electrification efforts builds later this year, with all North American ID.4 EVs shifting to assembly in Chattanooga, TN—a move that will support more than 4,000 jobs in the area.