Sakuu, developer of the first 3D-printed solid-state battery (earlier post), reports achieving an energy-density of 800 Wh/L in its first-generation non-printed lithium-metal battery. The company said this marks a significant milestone on Sakuu’s roadmap to fully 3D printable solid-state batteries capable of greater than 1200 Wh/L by 2023. 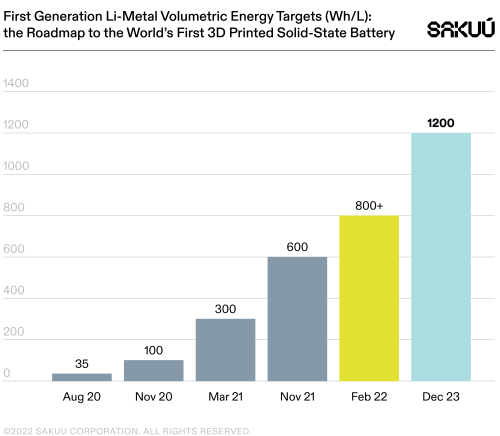 Until now, market-leading lithium-ion batteries, such as those found in today’s top-selling electric vehicles, have functioned in a range of 500–700 Wh/L.

The arrival of a safe, sustainable, and high-performance SSB, manufactured with a totally novel 3D printing method can solve critical supply chain and safety issues while moving beyond limitations of today’s lithium-ion batteries. We are on track to develop that ‘holy grail’ solid-state battery by 2023, and this first-generation benchmark is a validating accomplishment on the roadmap to significantly better batteries.

Sakuu battery’s Wh/L capabilities have increased exponentially since development began in August of 2020, and with this latest benchmark test completed in February 2022, is more promising than leading commercially available batteries.

In addition to the 800 Wh/L mark, the first-generation lithium-metal battery is demonstrating high energy retention at 97% after 200 cycles. The battery, while remaining dendrite-free, is expected to record 80% retention at 800 cycles once cycling has completed. 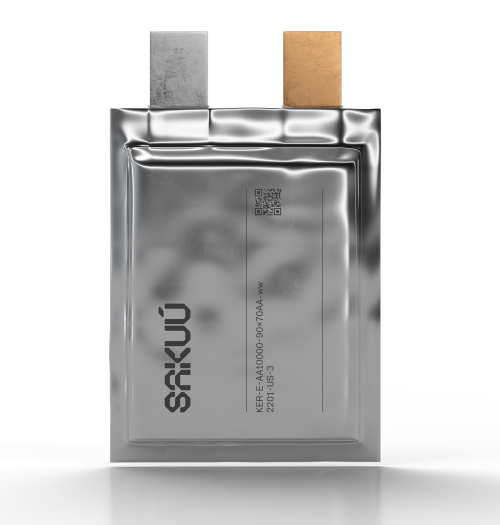 Moving ahead, Sakuu anticipates another substantial leap in energy density in its second-generation fully printed SSB, which will see sample cell deliveries begin in early 2023.