Toyota has been working on initiatives toward realizing a hydrogen-based society, such as the sale of FCEVs and FC systems. As part of this, the 70 MPa resin high-pressure hydrogen tank developed for—and certified for—automobiles is now being requested for other applications in railways, shipping, and port cargo handling, as well as for FC generators. 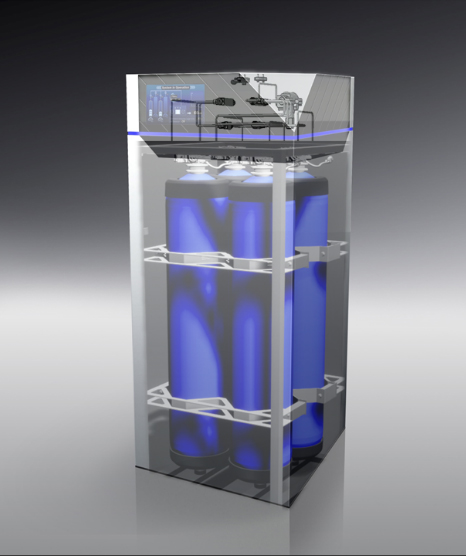 However, using the same tanks in a variety of types of applications requires meeting different safety standards and adjusting to each environment. For this reason, they are not currently used for a wide range of purposes. The government is working on a range of studies to promote the early adoption of hydrogen while ensuring safety, and Toyota and its business partners are ready to offer cooperation and support. Toyota developed this hydrogen storage module as a way to answer these demands and expand the use of hydrogen.

The module unit is integrated with various safety devices that automatically monitor operation status to ensure the module is extremely safe. As storing and transporting hydrogen more safely and efficiently can be done through high-capacity hydrogen loads, it is possible to use hydrogen-based energy in a range of locations where hydrogen filling is difficult, such as ports or mountain areas.

Starting last year, Toyota has been carrying out repeated verification testing with its business partners throughout the whole phases of producing, transporting, and using at the Super Taikyu Series venue, a place for agile development that embodies the idea of “making ever-better motorsports-bred cars.” This is also connected to the development of this conceptual model. This year too, starting with the Super Taikyu Race in Suzuka (March 19 to 20), Toyota will be working on connecting with new business partners and carrying out verification testing with the idea of expanding hydrogen use even further.

This race will be used to verify the transport of large amounts of hydrogen by an FC truck that will carry resin high-pressure hydrogen tanks for automobiles with large volumes (2 sets of 16-tank packages) filled at 45 MPa.

This verification will be implemented upon the certification of the vessels by the Ministry of Economy, Trade, and Industry, and is an initiative that will also contribute to the studies being carried out by the Ministry of Land, Infrastructure, Transport, and Tourism for encouraging the use of hydrogen. In keeping pace with studies by the government, Toyota will continue to use opportunities such as the Super Taikyu races to verify its capabilities in utilizing the 70 MPa tank which is currently certified only for use in automobiles. 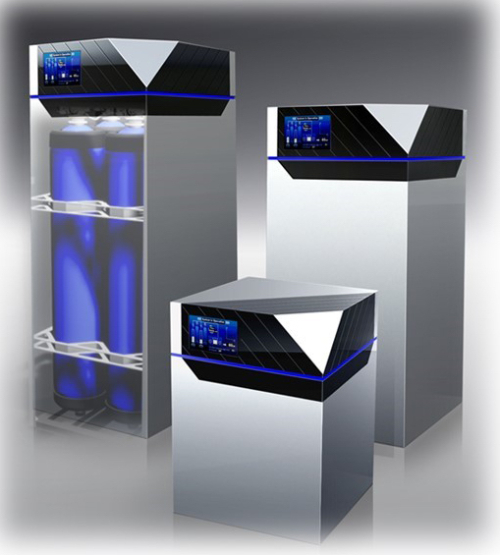 In addition to the three variations of hydrogen capacity based on the resin high-pressure hydrogen tank used in the Mirai, large modules that use tanks with enlarged capacities are also included in the lineup.