Joby Aviation, a California-based company developing all-electric aircraft for commercial passenger service, announced the completion and subsequent approval of its first Systems Review and its first Compliance Review by the Federal Aviation Administration (FAA). These reviews, completed at the end of last year, were recently granted approval by the FAA, providing the company with confidence in its development approach, preliminary production design, and defined path toward certification. 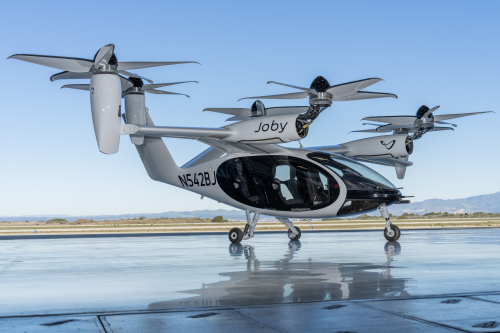 Joby’s all-electric pre-production prototype on the tarmac at the company’s facility in Marina, CA.

The Systems Review assessed Joby’s plans and process for the development of complex, safety-critical, aerospace-grade systems and equipment. Systems involved in the review included flight controls, propulsion controls, battery management, among many others.

The Compliance Review evaluated Joby’s approach to the development and verification of aerospace-grade software and airborne electronic hardware.

The safety of modern aircraft owe much to rigorous, well-defined and repeatable development and verification processes. Successfully completing our first System Review and Compliance Review demonstrates that Joby’s engineering practices are maturing to a level where they can be applied for the most demanding safety-critical development while producing all the required certification data to prove our design to one of the world’s toughest and most respected regulators.

We will now proceed to the second round of reviews, which focus on the outputs of Joby’s development process, including validation of certification requirements, design capture, and implementation of that design in both hardware and software.

Earlier this month, Joby announced it had completed its first series of FAA conformity tests to confirm the material strength of the composite material comprising the aerostructure of the aircraft. In 2020, Joby became the first and only eVTOL company to sign a G-1 (stage 4) certification basis with the FAA, having received an initial (stage 2) signed G-1 from the FAA in 2019.

Joby’s piloted five-seat electric vertical take-off and landing (eVTOL) aircraft can carry four passengers at speeds of up to 200 mph (320 km/h), with a maximum range of 150 miles (240 km). With more than 10 years of development and over a thousand flight tests completed, Joby is targeting the launch of its aerial ridesharing service in 2024.