The partnership gives GoFor a turnkey solution for electric deliveries and secures preferred access to the rapidly filling production capacity for ODIN’s electric light commercial vehicles (eLCVs), which have been in scale production in Germany for more than 7 years.

As part of the agreement, for certain vehicle classes, ODIN will have binding first right of refusal to provide electric vehicles for GoFor’s crowdsourced delivery services, starting with up to 3,266 vehicles planned by the end of 2023.

The collaboration with ODIN will make GoFor one of the first eFleet-As-A-Service providers in North America. GoFor’s network of more than 10,000 independent drivers and GoFor franchise fleet owners will no longer depend upon increasingly unpredictable gas or diesel prices. 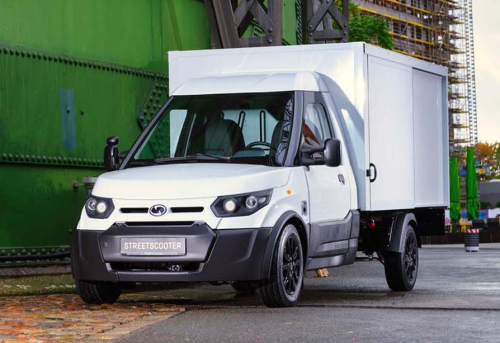 Earlier this year, ODIN announced the acquisition of IP and production rights for StreetScooter Engineering (StSE) eLCVs from Deutsche Post DHL in Germany. Incubated by the postal service since 2014, StSE produced, refined, and manufactured a fleet of more than 20,000 battery electric commercial vehicles to service deliveries while helping DPDHL reach its climate goals, saving more than 260,000 tons of CO2 emissions in the process.

Aside from DPDHL, the vehicles are also in use for third parties across the globe, including large fleets in the UK and Japan. The partnership with GoFor marks the products’ first major North American customer.

Other electric delivery vehicle providers in North America are largely still at the prototype or first production phase, and only solve part of the electrification process. Their vehicles are still years away from large scale volumes, let alone full efficiency, and their fledgling solutions leave new customers without the support or infrastructure they need to operate electric fleets profitably, the partners said. When operated correctly, EVs will inherently offer commercial owners longer maintenance free life cycles as well as lower TCO over time.

GoFor selected ODIN as its preferred vehicle partner because of the lineup’s proven uptime and reliability over the last 7 years with more than 20,000 electric delivery vehicles on the road today, as well as the company’s comprehensive suite of electrification services, encompassing charging needs, aftersales, driver education, and more to both streamline and ensure the success of the electrification process.