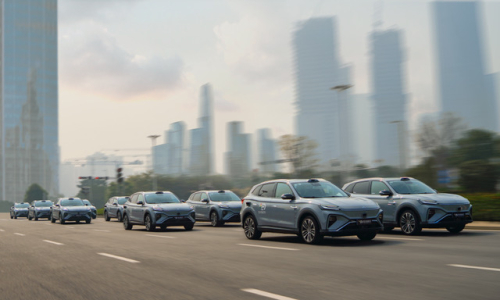 Engineered for mass production and adoption by automakers, this advancement in AV technology previews what’s to come in the transportation industry and the future of L4 consumer vehicles, the company says.

The Robotaxi fleet will deploy in Shenzhen, China, in the coming months.

DeepRoute.ai is collaborating with prominent local and global automakers to achieve series production of L4 autonomous driving vehicles and expects to further reduce the current $10,000 cost of the solution by approximately 70%.

DeepRoute.ai projects that mass production of L4 autonomous driving vehicles equipped with Driver 2.0 will begin in 2024 and be available for consumer purchase afterward.

L4 self-driving can first be achieved in areas supported by rich data, while copious L4 consumer vehicles on the road operating in a hybrid model will continuously gather additional data, laying the foundation for the scalability of L4 autonomous driving in other cities.

DeepRoute.ai is the first company to be granted a permit to operate Robotaxis in the Central Business District of downtown Shenzhen, currently servicing more than 100 pick-up and drop-off points. DeepRoute.ai is also the first in China to deliver COVID-19 test samples with Robotaxis and provide logistics with autonomous driving medium-duty trucks during local outbreaks. DeepRoute.ai’s technology was recognized with a CES Innovation Award in 2020 and has earned a Passenger Carry Permit from the CPUC.