ExxonMobil has made three new discoveries offshore Guyana and increased its estimate of the recoverable resource for the Stabroek Block to nearly 11 billion oil-equivalent barrels. (Earlier post.)

The three discoveries are southeast of the Liza and Payara developments and bring to five the discoveries made by ExxonMobil in Guyana in 2022.

Operations are ongoing at Barreleye-1 and Lukanani-1.

These discoveries and the updated resource estimate increase the confidence we have in our ambitious exploration strategy for the Stabroek Block and will help to inform our future development plans for the southeast part of the block. ExxonMobil remains committed to delivering value at an accelerated pace to the people of Guyana, our partners and shareholders and reliably supplying affordable energy to meet increasing demand around the world. 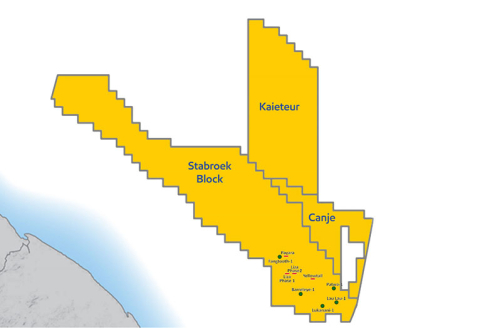 I have a small car and i don't drive too much but it still cost a lot to fuel. Im glad to see new fossil fuel coming to the market driving prices down. Im still thinking hydrogen will be better.