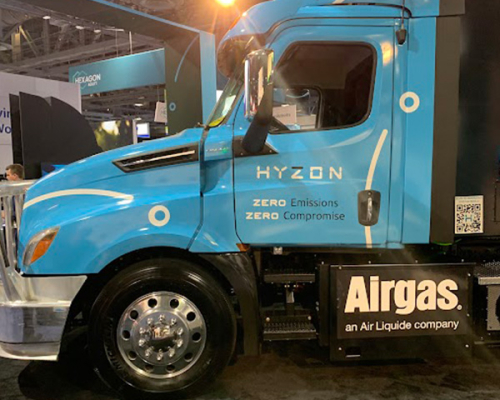 These two trucks will be the first heavy duty hydrogen fuel cell trucks within the Air Liquide Group globally and are slated to be tested in various cylinder delivery routes in the Los Angeles, California area.

The Hyzon 100 kW fuel cell truck that Airgas will pilot was on display at the Advanced Clean Transportation (ACT) Expo at the Long Beach Convention Center. Hyzon’s 200 kW hydrogen fuel cell powered truck, the most powerful fuel cell Hyzon has deployed, will begin testing at Airgas in the fall of 2022.