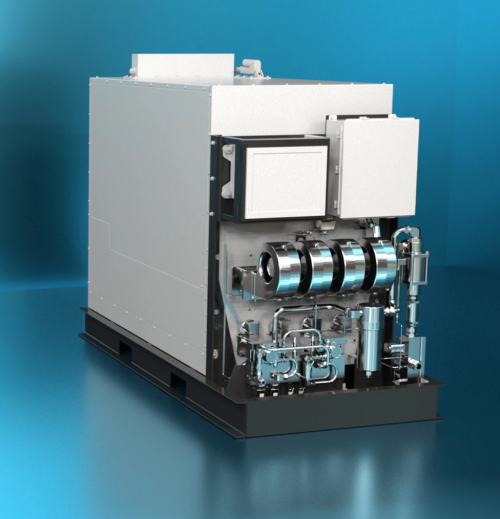 The hydrogen generators produced by the JV under license from e1NA use methanol and water as feedstock resulting in cost effective onsite production of hydrogen and a significant reduction in carbon dioxide emissions and local air pollution when compared to gas and oil. This energy generation can be fully carbon-neutral when using renewable methanol. I’m delighted with this new partnership which has been formed to deliver hydrogen solutions that will significantly reduce the carbon intensity as well as other harmful emissions (particulate matter, NOx, and SOx) traditionally associated with burning fossil fuels. Whereas fuel cell technology has matured substantially over recent decades, the supply of hydrogen as feedstock to fuel cells has lagged considerably, resulting in significant logistic and economic challenges to the wide-scale deployment of fuel cells. e1NA’s methanol-to-hydrogen technology offers a broad solution to this challenge and is also well suited to support hydrogen combustion engines.

—Dr. Dave Edlund, the founder and CEO of e1NA

The cooperation with Element 1 means that China will have a break-through solution on hydrogen production and refueling stations. Through small-size distribution hydrogen production systems, hydrogen stations can produce hydrogen with high-density liquid methanol carrying hydrogen, so as to completely solve the high logistics cost of hydrogen fuel transportation. Therefore the utilization of hydrogen energy can be rapidly popularized in a way acceptable to the market.

methanol must be tightly contained if you use it directly b/c it is a powerful GHG when released into the atmosphere.

Methane is a greenhouse gas not methanol