Cresta Funds Management (Cresta) has chosen Topsoe’s HydroFlex solution for revamping the Braya Renewable Fuels refinery (Braya) in Newfoundland, Canada. The refinery will produce up to 18,000 barrels per day of Renewable Diesel and sustainable aviation fuel (SAF) initially; the capacity will increase further in various stages of expansion.

The refinery’s hydrocracker and diesel hydrotreater will be revamped to produce renewable diesel and SAF from various renewable feedstocks. The startup of the site for production of renewable fuels is expected in second half of 2022.

The Braya refinery is strategically located with world-class logistics assets to source global feedstocks and to sell the produced renewable fuels into the United States, Canada and Europe. The refinery will be world scale—one of the top 5 largest in the world at startup.

In November 2021, Cresta acquired a controlling interest in the idled Braya refinery, which before was known as the Come by Chance refinery (located in Come by Chance, Newfoundland), owned by North Atlantic Refining Company (NARL). 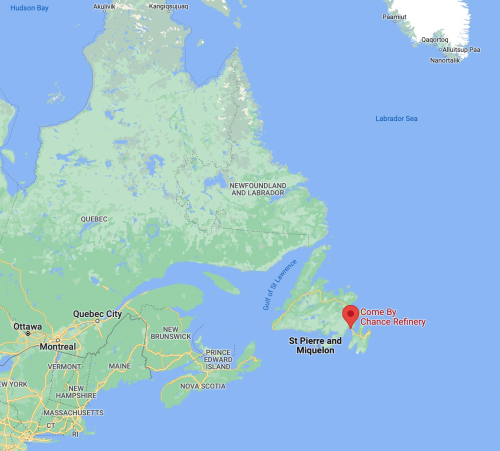 With HydroFlex, customers can convert low-value feedstocks into drop-in renewable jet and diesel that meet all of the globally accepted specifications for these fuels. The HydroFlex process layout offers lower capital expenditure (CAPEX), but also a lower energy consumption during operation, resulting in a lower Carbon Index (CI). Topsoe’s HydroFlex can be deployed in both grassroots units and revamps for co-processing or stand-alone applications.